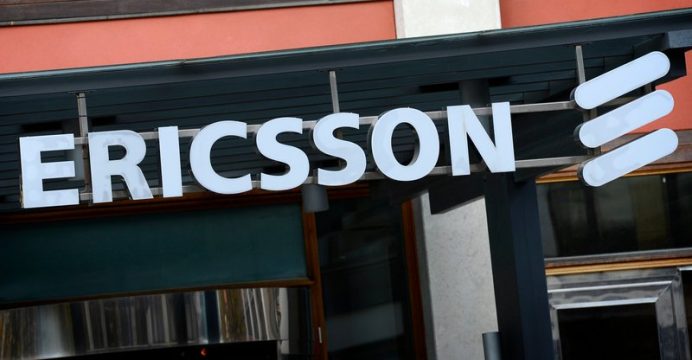 Mobile telecom equipment maker Ericsson cut its annual dividend by 73 percent, with its new CEO saying the Swedish company would prioritize profitability after it suffered an operating loss in the last three months of 2016.

Veteran board member Borje Ekholm took over as CEO this month and most analysts say he faces a tough task in leading Ericsson through its worst crisis in a decade, grappling with shrinking markets and fierce competition from China’s Huawei and Finland’s Nokia, reports Reuters.

The company has been hit by a drop in spending by telecoms firms, with demand for next-generation, 5G technology still years away, and weak emerging markets.

“In the near term, stability will be key to establishing a strong base for future growth. This means prioritizing profitability over growth,” CEO Borje Ekholm said in a statement.

He added in a conference call that he believed it was “extremely important” to continue to pay dividends.

Ericsson shares were up 2.6 percent at 0930 GMT, helped by company comments it would try to raise dividends in the future.

Last year was brutal for Ericsson with former CEO Hans Vestberg ousted, a profit warning in October which shocked investors and the announcement of sweeping staff cuts.

Ericsson’s CFO Carl Mellander said concern about its credit rating was one of the factors behind the cut in dividend. The company also said the dividend cut was due to the current weak market outlook.

“It’s important to us with investment grade rating. The rating companies have told us they think the level of dividend is important,” Mellander told Reuters.

Ekholm said investment priorities would be reevaluated. Ericsson is one of the top global suppliers in mobile infrastructure, while its media segment has a small share in a very fragmented market.

“Emphasis will be on refining the strategy to focus investments into areas where we both can and must win,” Ekholm said.

“Building on the suggestion from the famous ice hockey player Wayne Gretzky; We will focus on skating where the puck will be, not where it has been.”

Operating income was a loss of 300 million Swedish crowns compared to a 11.0 billion profit in the year-ago quarter and below a mean forecast of a 417 million crowns profit in a Reuters poll of analysts.

Sales were 65.2 billion crowns, above a forecast of 59.2 billion, helped by hardware deliveries previously planned for the first quarter coming ahead of schedule.

“A positive surprise was higher sales than expected,” said Greger Johansson, an analyst at Redeye.

“Negative surprises were the low dividend, the somewhat weak gross margin and the margin within Global Services. Overall we will probably adjust our estimates downwards.”