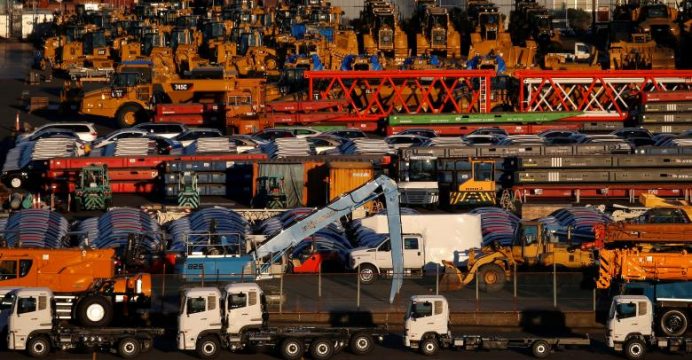 Japan’s exports rose for the first time in 15 months in December on strong sales of electronics and car parts, a positive sign for the export-reliant economy even as U.S. protectionism threatens to hurt trade across the region and dent external demand.

Ministry of Finance data showed on Wednesday that exports rose 5.4 percent year-on-year in December, compared with a 1.2 percent annual increase expected by economists in a Reuters poll. It followed an annual 0.4 percent decline in November, reports Reuters.

The volume of shipments also rose 8.4 percent from a year earlier, up for a second straight month, underlining a pickup in external demand. 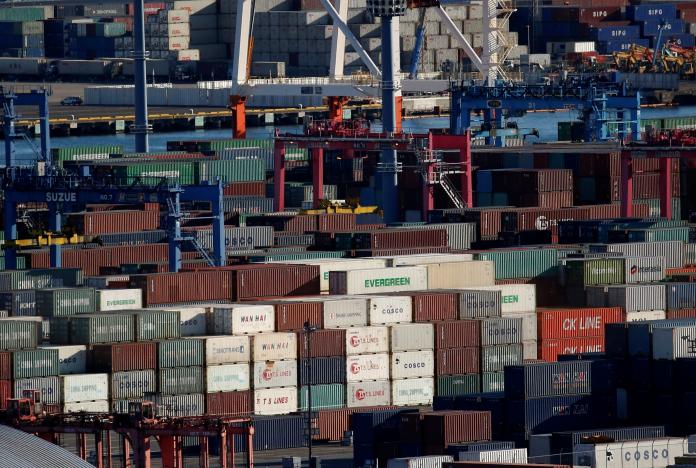 Containers are seen at an industrial port in Yokohama, Japan

The trade data should be welcome news for the Bank of Japan, which is seen maintaining an upbeat view on the world’s third largest economy at a policy review next week on prospects of improving global growth.

However, worries about protectionism under U.S. President Donald Trump have raised uncertainty over the outlook as he formally withdrew the United States from the Trans-Pacific Partnership trade deal on Monday, distancing America from its Asian allies.

“Global demand is firming up as emerging markets in Asia are catching up with a recovery in advanced economies,” said Takeshi Minami, chief economist at Norinchukin Research Institute.

“If debate on protectionism leads to an unwelcome rise in the yen, that would dampen the momentum towards a pickup in Japan’s exports though.”

BOJ Governor Haruhiko Kuroda last week offered an optimistic view on global recovery prospects, indicating the central bank will maintain its upbeat economic and price forecasts when its board conducts a quarterly review of projections on Jan. 30-31. The BOJ chief also dismissed concerns that protectionism could spread and undermine global trade.

All the same, investors are wary about prospects for global trade as Trump has criticized Japan – along with his primary target China – for running trade surpluses with the United States.

Earlier this month, Trump took aim at Toyota Motor Corp (7203.T), warning the world’s largest automaker that it would face a “big border tax” if it exported Mexico-built cars to the U.S. market.

All of this has raised concerns about a repeat of the trade friction that escalated in the 1980s between Tokyo and Washington.

In December, the value of exports to the United States, Japan’s second largest trading partner, rose 1.3 percent year-on-year, the first increase in 10 months led by shipments of automobiles and car parts, the MOF data showed.

Analysts note the fall in the yen at the end of last year had helped boost exports. Imports fell 2.6 percent on-year in December, versus the median estimate for a 0.8 percent annual decrease, resulting in a trade surplus of 641.4 billion yen – the fourth straight month of surpluses.

On the whole the main risk to the outlook for the region stems from external headwinds, analysts say.

“Several headwinds to trade remain including trade protectionism and the likely slowing of Chin’s property sector,” said Vaninder Singh, Asia economist at RBS, in a note to clients.