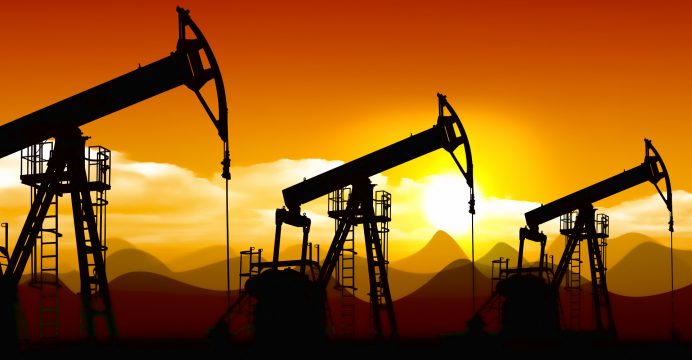 Crashing oil prices in recent years have helped send crude-producing US states into recession, and they are unlikely to recover significantly even if prices recover, Standard & Poor’s said on Tuesday.

The report came as President Donald Trump moved to reverse decisions by the previous administration to block the Keystone XL and Dakota Access pipelines. Trump also has pledged to open more areas up to exploration and production, which will cheer investors but would not necessarily help states’ economic growth, reports BSS.

Of eight oil-dependent states tracked by S&P, only two, Montana and Texas, did not rank among the 10 weakest state economies, according to the report. Texas, helped by its relatively more diverse economy, nevertheless will fall to 36th in growth for 2016.

“The sharp pullback in exploration and production during the past 18 months has inflicted considerable damage on the economies of the oil-producing states,” S&P said.

And even if prices rise again, producers likely would renew investments in shale oil production, which would put downward pressure on prices. This more or less caps prices at $60 a barrel, meaning state economies will level off with only modest recoveries.

Despite gains in recent months since November’s production cut deal by the Organization of the Petroleum Exporting Countries, benchmark US crude prices remain less than half of what they were in September 2013, when a barrel of West Texas Intermediate topped $110.

Light, sweet crude for March delivery finished Tuesday at $53.18 a barrel. The US Energy Information Administration forecast prices will not exceed $55 through 2018.

In addition to slashing revenues in oil-dependent states, the price drop caused producers to cut investments in infrastructure.

Commerce Department figures show a 35 percent annual decline in US fixed investment for petroleum and natural gas in 2015 alone, and indicate that decline continued in the first three quarters of 2016.

“North Dakota’s economy has suffered the largest declines, going from having the fastest-growing economy in the US in 2014 to the state with the most pronounced contraction in 2015 and (likely) 2016,” the report said.

And there are not many options for these states. Even if Alaska triples its fuel tax, supplements revenues with investment earnings and puts limits on dividend payments to state residents, the state still would face a $900 million budget gap, according to the report.

Elizabeth McNichol, an expert on state fiscal issues at the Center on Budget and Policy Priorities in Washington, told AFP the volatility of energy revenues demonstrated the need for states to maintain rainy day funds and use prudent fiscal planning.

The heady days of triple-digit oil prices caused some state legislators to be short-sighted.

“It’s important to look ahead for downturn and some of these states did the opposite,” she said.