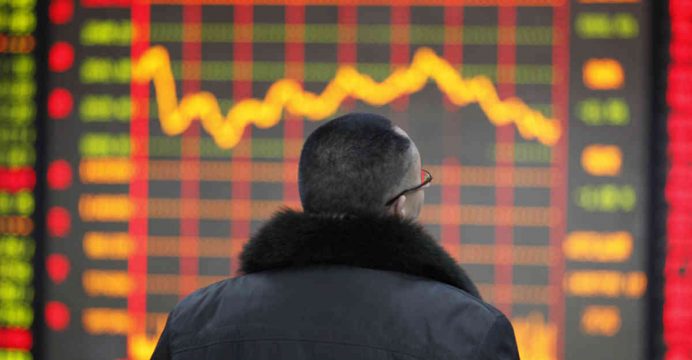 US stocks rose and the dollar fell on Friday as Donald Trump was officially sworn in as the president of the United States and Barack Obama’s term ended.

Trump’s election sparked a massive US stock rally in the six weeks that followed, amid expectations the new US president would enact pro-growth measures, such as tax cuts, public works spending and regulatory rollbacks. 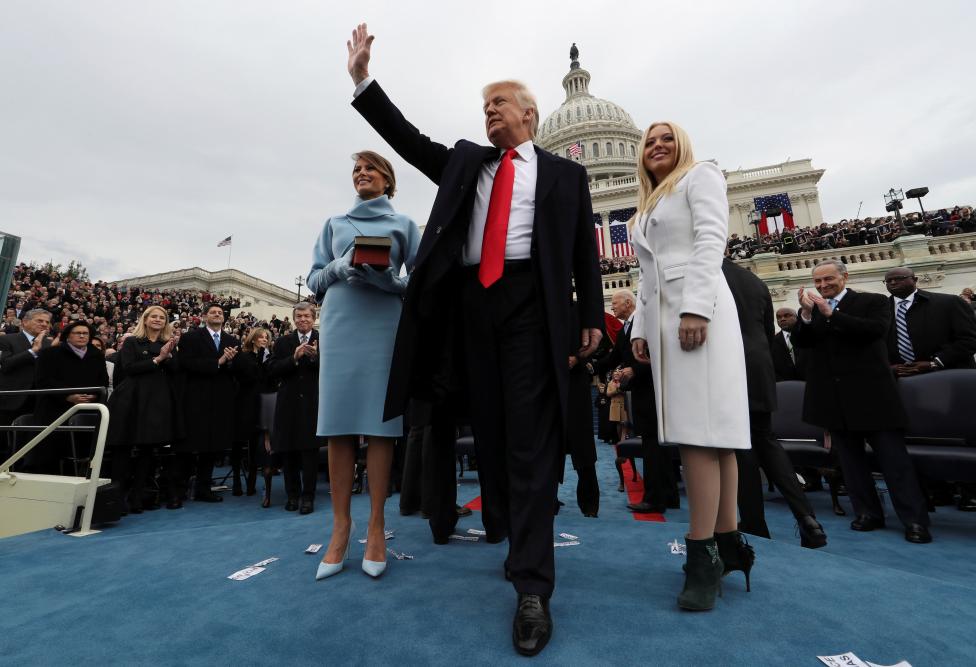 However, markets have traded sideways over the last month as investors wait for concrete progress on that wish list. The S&P 500 added 0.3 percent to finish the week slightly lower, while the Dow Jones Industrial Average rose 0.5 percent.

“Every decision on trade, on taxes, on immigration, on foreign affairs will be made to benefit American workers and American families,” Trump said. “We must protect our borders from the ravages of other countries making our products, stealing our companies, and destroying our jobs.”

Stocks cut their gains after the speech, although they stayed in positive throughout the afternoon. While analysts have cheered talk of tax cuts, they fear Trump could start a trade war.

Indeed, shortly after the ceremony, the White House announced plans to renegotiate the North American Free Trade Agreement, and pull out unless it gets a “fair deal.”

“The market wasn’t wild about it, perhaps a bit of a negative tone taken rather than a positive tone,” said JJ Kinahan, chief market strategist at TD Ameritrade.

Kinahan said the market is waiting for concrete progress on tax reform and other key growth measures after rallying aggressively after the election in anticipation of major change.

“The market is always ‘What’s next?'” Kinahan said. “Until we see some implementation plan, we’re going to continue with this nervousness.”

The dollar fell against the euro, pound and yen. Trump has said the dollar is too high and is crimping American growth.

Trump also has lashed out at China over its currency and threatened tariffs on the world’s second-biggest economy, raising the possibility of a “new cold war between the US and China,” said Kathy Lien of BK Asset Management.

“None of this is positive for the US dollar or the US economy.”