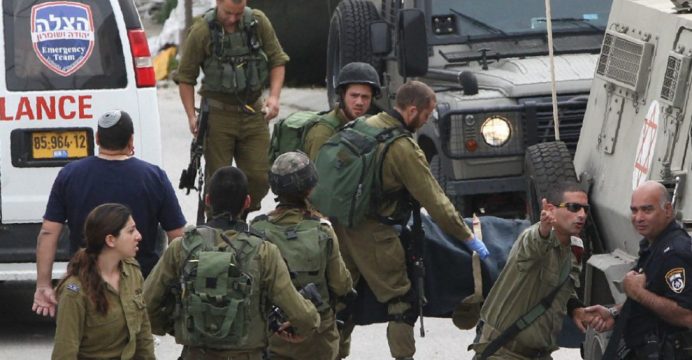 Israeli troops on Tuesday shot dead a Palestinian who had tried to stab a soldier at a checkpoint in the occupied West Bank, a military spokeswoman said.

“Responding to the imminent threat, forces fired towards the attacker, resulting in his death,” she said in a statement, reports Reuters.

Thirty-seven Israelis and two visiting Americans have been killed in a wave of Palestinian street attacks that began in October 2015.

At least 233 Palestinians have been killed in violence in Israel, the occupied West Bank and the Gaza Strip in the same period. Israel says that at least 159 of them were assailants while others died during clashes and protests, blaming the violence on incitement by the Palestinian leadership.

The Palestinian Authority, which exercises limited self-rule in the West Bank, denies that allegation, and says assailants have acted out of frustration over Israeli occupation of land sought by Palestinians in peace talks that have stalled since 2014.