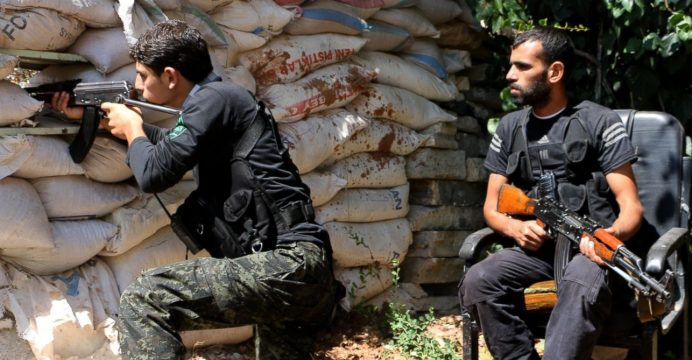 Fighting between Islamic State and the Syrian army has killed dozens since Saturday in Deir al-Zor, where the militant group has launched an assault to capture a government enclave in the city, a monitoring group reported.

At least 82 people have been killed in the fighting, which is the heaviest in the city for a year, the Syrian Observatory for Human Rights said on Monday.

The dead comprised 28 from the army and allied militia, at least 40 Islamic State fighters, and 14 civilians, the British-based monitoring group said.

Islamic State has held most of Deir al-Zor and the surrounding area since 2015, but the government has retained control of the airport and neighboring districts in the city, located in eastern Syria on the Euphrates river.

A U.S.-backed coalition of Kurdish and Arab militias and rival Turkish-backed Syrian rebel groups have pushed Islamic State from much of its territory in northern Syria, but it remains embedded in the country’s eastern desert and Euphrates basin.