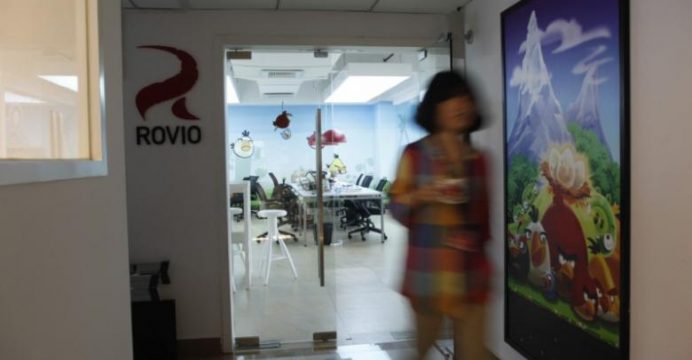 Finnish mobile games and animation company Rovio Entertainment said on Monday it was stepping up its hunt for new hit games by opening a studio in London to focus on new multiplayer games that would not rely on the firm’s Angry Birds brand.

But last year Rovio launched an animated Angry Birds 3D Hollywood film that it said did well at the box office and yielded new licensing deals.

“Our business is profitably growing, and the time has come for us to grow in numbers too,” said Antti Viitanen, head of Rovio’s game studios.

The company said it was looking to build a team of about 20 people in London to focus on “massively multiplayer” online games – like Supercell’s Clash of Clans – with new intellectual property.

Rovio currently has around 200 employees at its four game studios in Finland and Sweden, and about 400 people in total.

The original Angry Birds game, in which players use a slingshot to attack pigs who steal the birds’ eggs, remains the top paid mobile app of all time, and Rovio exploited the brand early on by licensing its use on a string of consumer products.

But with no new hit games, profits dropped and Rovio slashed more than 300 jobs in 2014 and 2015. In the first half of 2016, Rovio booked a small operating profit, compared with a loss a year earlier.