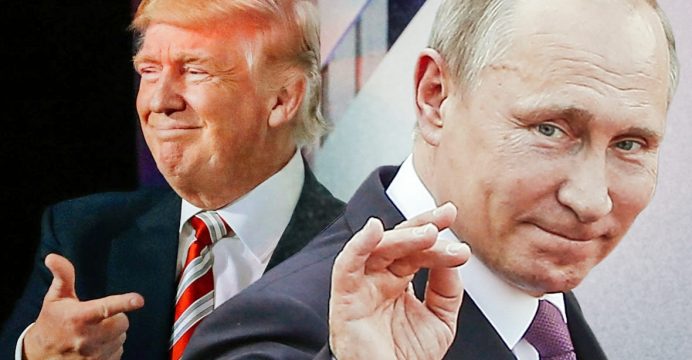 An end to sanctions for nuclear arms cut, Trump’s offer to Russia

U.S. President-elect Donald Trump will propose offering to end sanctions imposed on Russia over its annexation of Crimea in return for a nuclear arms reduction deal with Moscow, he told The Times of London.

Criticizing previous U.S. foreign policy in an interview published on Monday, he described the U.S.-led invasion of Iraq in 2003 as possibly the gravest error in the history of the United States and akin to “throwing rocks into a beehive”. 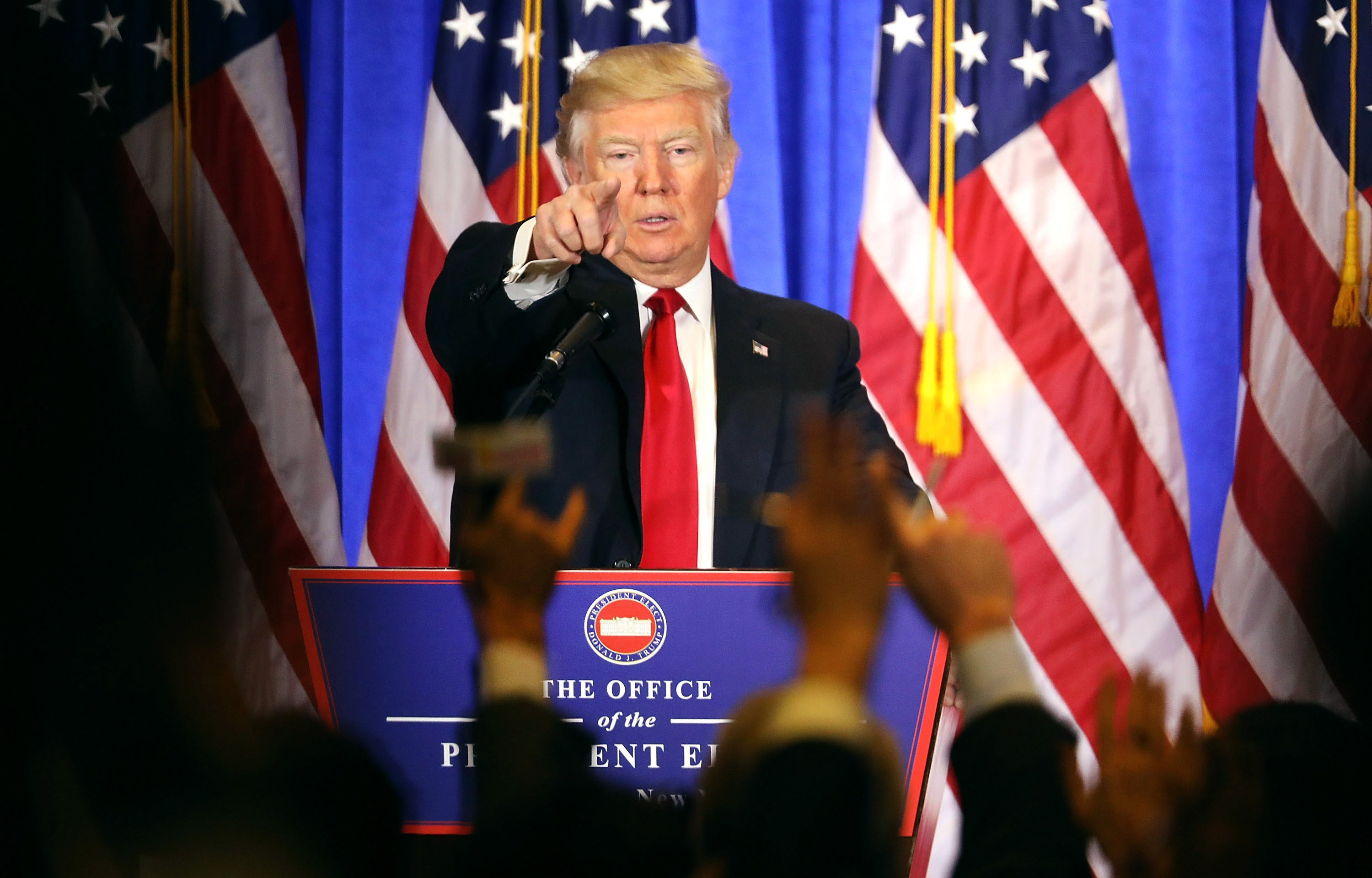 But Trump, who will be inaugurated on Friday as the 45th U.S. president, raised the prospect of the first big nuclear arms control agreement with Moscow since the Strategic Arms Reduction Treaty signed by President Barack Obama in 2010, reports Reuters.

“They have sanctions on Russia — let’s see if we can make some good deals with Russia,” the Republican president-elect was quoted as saying by The Times.

“For one thing, I think nuclear weapons should be way down and reduced very substantially, that’s part of it. But Russia’s hurting very badly right now because of sanctions, but I think something can happen that a lot of people are gonna benefit.”

The United States and Russia are by far the world’s biggest nuclear powers. The United States has 1,367 nuclear warheads on deployed strategic missiles and bombers, and Russia has 1,796 such deployed warheads, according to the latest published assessment by the U.S. State Department.

Under the 2010 New START treaty, Russia and the United States agreed to limit the number of long-range, strategic nuclear weapons they can deploy.

Trump has said he will seek to improve relations with Moscow despite criticism that he is too eager to make an ally of Russian President Vladimir Putin.

The United States and other Western powers imposed sanctions on Russia in 2014 over its annexation of the Crimea peninsula from Ukraine and its support for pro-Russia separatists in eastern Ukraine.

Asked whether he would trust German Chancellor Angela Merkel or Putin more, Trump said: “Well, I start off trusting both –but let’s see how long that lasts. It may not last long at all.”

His relations with Moscow have faced renewed scrutiny after an unsubstantiated report that Russia had collected compromising information about Trump.

The information was summarized in a U.S. intelligence report which was presented to Trump and Obama this month.

The report concluded Russia tried to sway the outcome of the Nov. 8 election in Trump’s favor by hacking and other means. It did not make an assessment on whether Russia’s attempts affected the election’s outcome.

Trump accused U.S. intelligence agencies of leaking the information from the unverified dossier, which he called “fake news” and phony stuff.” Intelligence leaders denied the charge and Moscow has dismissed the accusations against it.

In the interview with The Times, Trump was also critical of Russia’s intervention in Syria’s civil war which, along with the help of Iran, has tilted the conflict in President Bashar al-Assad’s favor.

“I think it’s a very rough thing,” Trump said of Russian intervention in Syria. “Aleppo has been such a terrible humanitarian situation.”

The war has killed more than 300,000 people, created the world’s worst refugee crisis and aided the rise of the Islamic State militant group.

On NATO, Trump repeated his view that the military alliance was obsolete but said it was still very important for him.

“I took such heat, when I said NATO was obsolete,” Trump told The Times, referring to comments he made during his presidential election campaign. “It’s obsolete because it wasn’t taking care of terror. I took a lot of heat for two days. And then they started saying Trump is right.”

Trump said many NATO member states were not paying their fair share for U.S. protection.

Trump said he would appoint his son-in-law, Jared Kushner, to try to broker a Middle East peace deal, urged Britain to veto any new U.N. Security Council resolution critical of Israel and criticized Obama’s handling of the deal between Iran and six world powers including the United States which curbed Tehran’s nuclear program.