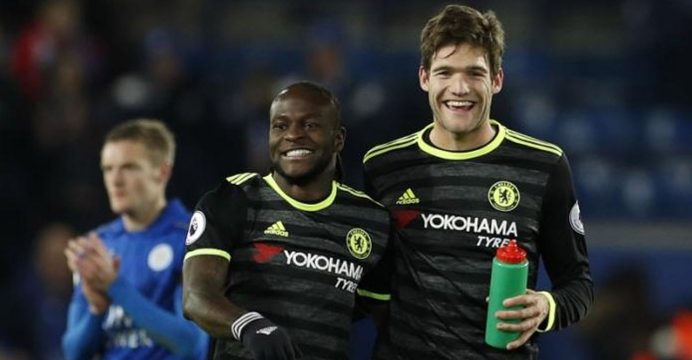 Two goals from Marcos Alonso and another from Pedro helped Chelsea overcome the absence of Diego Costa to beat Premier League champions Leicester City 3-0 away and move seven points clear at the top on Saturday.

Any sense they would miss their top scorer – officially injured but reported by British media to have had a row with manager Antonio Conte – lasted the six minutes it took Alonso to score with a right-foot shot after Eden Hazard’s lay-off, reports Reuters.

Pedro almost doubled the lead with a neat free-kick near the end of the half before Alonso struck again six minutes after the interval with a shot that deflected in off Leicester’s Wes Morgan. 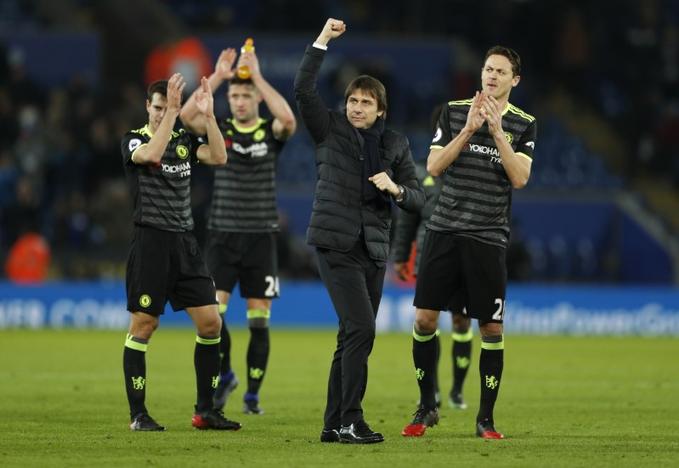 By that stage, Chelsea enjoyed almost complete control and Pedro wrapped up the win with a header from a move he began with an exquisite flick as the Blues restated their title credentials to restore their lead over second-placed Tottenham Hotspur, who beat them 2-0 in their last league game.

“That was a very professional, solid, good performance on the back of the Spurs game,” said Chelsea’s Gary Cahill.

“I’m proud of the lads. It’s all about not looking back.”

Asked how difficult it was to cope without leading scorer Diego Costa, who missed the game through injury, Cahill said: “When someone is missing we produce, someone else comes in.”