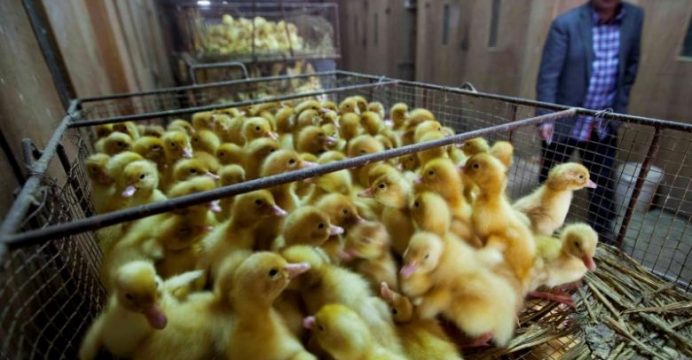 A virulent bird flu virus has spread to 55 poultry farms in Bulgaria prompting the veterinary authorities to announce a cull of some 430,000 birds since it was first detected in the middle of December, agriculture minister Dessislava Taneva said on Saturday.

The Balkan country has also registered four cases of bird flu in wild ducks since mid-December. Bulgaria has imposed a nationwide ban on poultry markets and on the hunting of game birds, and has already spent over a million levs ($543,714) to cull birds in a bid to contain the outbreak, reports Reuters.

“In Bulgaria, we have usually registered bird flu in wild birds in the past few years. It is the first time we have had so many outbreaks in farms,” Taneva told Bulgarian Darik radio.

The southern region of Plovdiv was most affected by the highly pathogenic virus H5N8, she said, pointing out that some 300,000 birds, mainly ducks, were culled and another 130,000 were to be killed on Saturday.

The authorities have imposed quarantine zones around the affected farms. Taneva said over 800 bird flu outbreaks have been detected in Europe since October, with Germany and France being most affected.