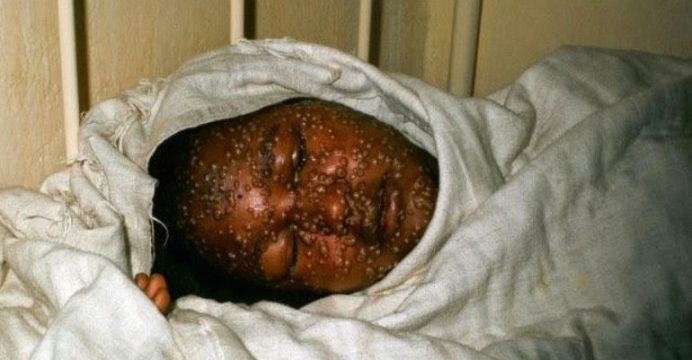 People who survive Ebola may still battle debilitating health problems a year after being declared infection-free, according to an ongoing trial in Guinea which highlighted the need for patient followup.

Three-quarters of survivors had post-Ebola symptoms when they enrolled for the trial about a year, on average, after they were discharged from hospital, researchers reported on Saturday, reports BSS.

Eighteen percent experienced eye problems, including eight individuals who went blind, a team wrote in The Lancet Infectious Diseases. Two percent — 19 people — were deaf. This is the largest and longest-running assessment of Ebola survivors to date.

A girl suspected of being infected with the Ebola virus having her temperature checked at the government hospital in Kenema, Sierra Leone

Nearly one in four participants, the study said, suffered joint and muscle pain, 35 percent had headaches, and 22 percent stomach pain when they enrolled. Seventeen percent had symptoms of depression.

The study also confirmed previous observations that Ebola virus can remain in the semen of infected men for 18 months or longer, raising the spectre of sexual transmission.

The team recruited 802 Ebola survivors between the ages of one and 79 from four hospitals in Guinea between March 2015 and July 2016.

Together, the group represented 74 percent of Guinean survivors of the 2013-16 Ebola epidemic in west Africa — by far the worst outbreak in the disease’s 40-year history.

Some 11,300 people died in Guinea, Liberia and Sierra Leone, compared to a total of 1,700 worldwide in the preceding four decades. An estimated 17,000 survived the most recent outbreak.

They conducted routine analysis of blood, semen, breast milk, urine and saliva at regular intervals, as well as psychological examinations.

Ten male survivor who gave semen samples tested positive for Ebola virus — one of them a full 18 months after falling ill, the team found.

“Precisely how long the virus might linger in semen remains unknown,” they wrote.

Until semen is confirmed to be virus-free, follow-up “is clearly needed to reduce risk of sexual transmission from survivors.”

According to the World Health Organization (WHO), sexual transmission of the Ebola virus from men to women is a “strong possibility”, but as yet unproven.

Urine tested positive for Ebola in two cases, and saliva in only one, said the researchers. No breast milk or vaginal fluid samples contained Ebola virus.

There were more eye problems by the time patients enrolled in the trial than when they had left hospital, the team said, “implying that ophthalmological screening should continue long after discharge.”

Children retained fewer serious health problems than adults. The study highlighted the scarcity of medical laboratories in the affected region to keep tabs on Ebola survivors’ health and any potential for renewed virus spread.

“Our results indicate that a close follow-up of convalescent patients might be warranted for at least 18 months after discharge… and perhaps even longer,” said the team.

In 2015, a study in Sierra Leone said nearly 80 percent of some 277 survivors experienced joint pain four months after their hospital discharge, 60 percent had vision problems and a quarter hearing difficulties. The Guinean trial aims to monitor patients for two years.