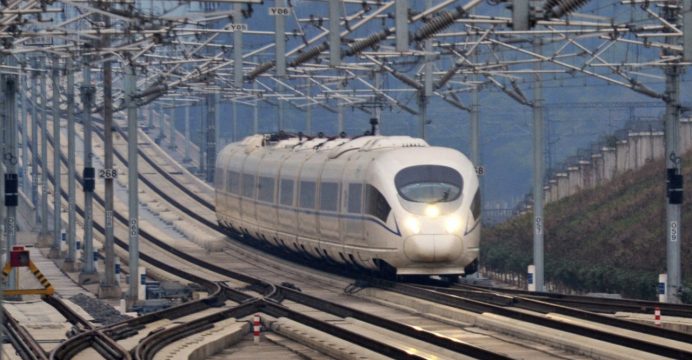 China’s Xinhua says, All aboard to fix the globalization ‘bullet train’

The “bullet train” of globalization is broken and the West is obliged to help Chinese President Xi Jinping fix it, China’s official Xinhua news agency on Friday said of the World Economic Forum (WEF) meeting in the Swiss Alps next week.

Xi will be the first Chinese president to ever attend the WEF’s annual forum in Davos, which brings together top-level political and business leaders, reports Reuters.

This year’s meeting, from Jan. 17-20, is expected to be dominated by discussion of public hostility toward globalization and the rise of U.S. President-elect Donald Trump, whose tough talk on trade, including promises of tariffs against China and Mexico, helped win him the White House.

“It is both the West’s moral obligation and (only) feasible choice to turn the tide and work with the developing world – to make painstaking reforms on domestic and global governance systems for a fairer world – if they want to keep their interests and competitiveness intact,” Xinhua said in an commentary.

The article called the election of Donald Trump, the British vote to leave the European Union and Italian Prime Minister Matteo Renzi’s resignation “mind-boggling symptoms of (the) current globalization”.

Xinhua also hit back at those within the developed world who say emerging economies are stealing jobs and resources.

“These people, also among the biggest beneficiaries of globalization, are only endeavoring for a cozier seat on the irresistible journey of this ‘bullet train’,” it said.

Xi will deliver a speech on the first day of the forum promoting a message of “inclusive globalization” and will warn against populism, Chinese officials said on Wednesday.

“Channels of communication are open” between China and Trump’s transition team at the forum, Chinese Vice Foreign Minister Li Baodong said at a briefing on Wednesday, but warned that scheduling a meeting might be difficult.