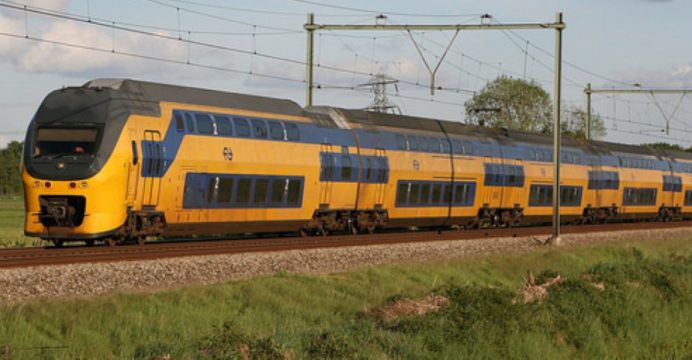 “Since the first of January, 100 percent of our trains are running on wind energy,” NS spokesman Ton Boon told reporters.

Dutch electricity company Eneco won a tender launched by NS two years ago and the two firms signed a 10-year deal setting January 2018 as the date by which all NS trains should run on wind energy.

“So we in fact reached our goal a year earlier than planned,” said Boon, adding that an increase in the number of wind farms across the country and off the coast of The Netherlands had helped NS achieve its aim.

Eneco and NS said on a joint website that some 600,000 passengers daily are “the first in the world” to travel thanks to wind energy. NS operates about 5,500 train trips a day.

One windmill running for an hour can power one train across some 200 kilometres (120 miles), the companies said. They now hope to reduce the energy used per passenger by 35 percent by 2020 compared with 2005.