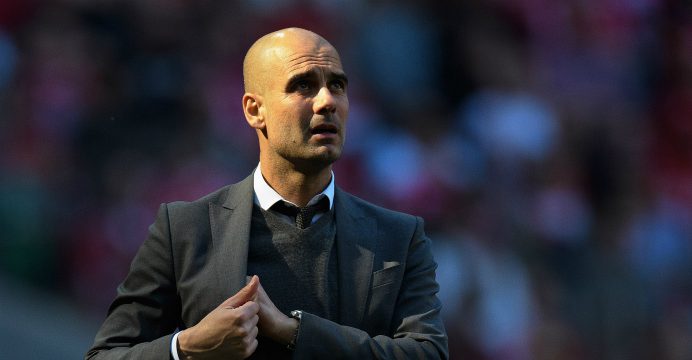 Manchester City manager Pep Guardiola has taken responsibility for the club’s recent inconsistent form and said he is still getting to know his players and how best to use them.

City made a flying start under Guardiola, winning their first 10 games in all competitions, but have won just nine times in 21 matches since, a run which has left them fourth in the Premier League, seven points behind leaders Chelsea, reports Reuters.

“At times my ideas were not good, because I’m still getting to know the players, to know what is the best position, the best way to play, to adapt to them,” Guardiola told British media.

“Sometimes I have an idea: three at the back or play a player in a certain way, and sometimes it didn’t work. And, when that happens, I never complain to the players. Because I see them training, how they suffer.

“You have to look at yourself and see what you have to do to help them find each other and play to each other more fluently, not all the time with an aggressiveness,” he added.

“That is my job. I have to help them and I tell them that. And most of the times we were not good, it was my responsibility.”

Guardiola said he will have to adapt to the English game and tweak the tactics, which have served him so well during trophy-laden spells with Barcelona and Bayern Munich.

“I’m not going to change England and I don’t want to do that. Of course, it’s going to change me. That’s why I came here — to be changed. That is nice,” the Spaniard added.

“When I do the same thing all my career, 15 or 20 years as a coach, it’s boring. I would still be in Barcelona, my home and with these players I would be there. But every country has his own personality, his own way to play. And that is marvellous.

“That’s why football is amazing. And, of course, I come here and I said a thousand million times, I am trying to adapt to English football in the way I believe you can do that.”