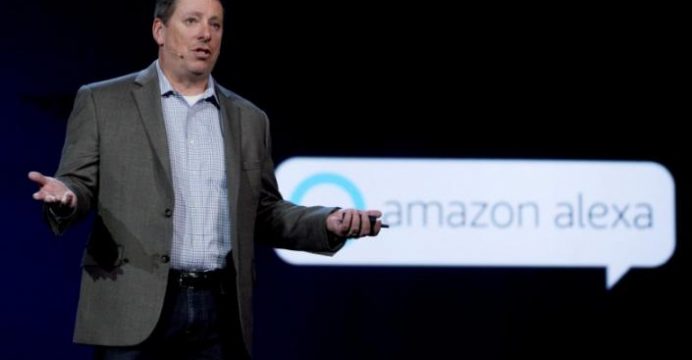 Most strikingly, Chinese firm Huawei Technologies Co, which manufactures smartphones running on the Android operating system produced by Alphabet Inc’s Google, announced that its flagship handset will come with an app that gives users access to Alexa in the United States. 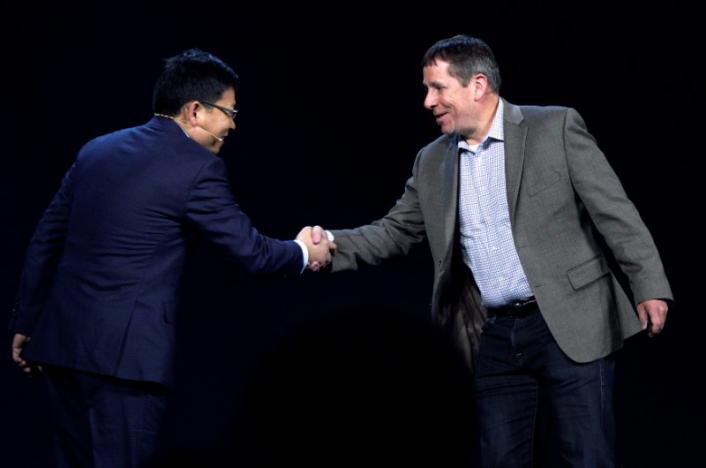 The adoption of Alexa by a prominent Android manufacturer indicates that Amazon may have opened up an early lead over Google as the companies race to present their digital assistants to as many people as possible, analysts said.

Many in the technology industry believe that such voice-powered digital assistants will supplant keyboards and touch screens as a primary way consumers interact with devices.

While the shift is only in the early stages, Google must establish a strong presence quickly, particularly on Android devices, to maintain its dominance in internet search, said analyst Jan Dawson of Jackdaw Research.

“To the extent that voice becomes more important and something other than Google’s voice assistant becomes the most popular voice interface on Android phones, that’s a huge loss for Google in terms of data gathering, training its AI (artificial intelligence), and ultimately the ability to drive advertising revenue,” he said.

Alexa debuted on the Amazon Echo smart speaker, and Amazon is establishing a broad array of hardware and software partnerships around it. The competing Google Assistant launched last year on the company’s Pixel smartphone, after appearing on Google’s messaging app, and has begun to roll out to third-party devices as well. Graphics processor maker Nvidia Corp announced at CES that its Shield television will feature the assistant.

While Google has expressed an interest in bringing its assistant to other Android smartphones, the decision to debut the feature on its own hardware may have strained relations with manufacturers, Dawson said.

“It highlights just what a strategic mistake it can be for services companies to make their own hardware and give it preferential access to new services,” he said.

While Amazon has a head start, Google is no by no means out of the race, given the strength of its internet search technology. The Google Assistant can already field queries that Alexa cannot, said Sergei Burkov, chief executive of Alterra.ai, an artificial intelligence company.

“A huge part of an assistant is search,” he said. “Google is a search company. Amazon is not.”