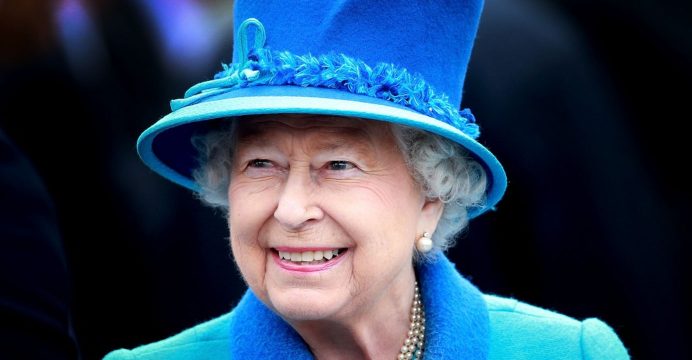 Queen Elizabeth almost shot by her own guardsman

The Queen Elizabeth II was once found strolling palace gardens at 3am by a guardsman, who told her: “Bloody hell, Your Majesty . I nearly shot you”, it has been claimed.

According to an account of the astonishing encounter, Her Majesty quipped in response: “That’s quite all right.

“Next time I’ll ring through beforehand so you don’t have to shoot me.”

The Queen is a fan of late night walks and, when she struggles to sleep, will walk around the palace grounds wearing a winter coat.

A guardsman apparently came across The Monarch in the small hours and asked her: “Who’s that?” before he realised it was the Head of State.

It is thought that the encounter, reported in The Times, happened at the Monarch’s official London residence Buckingham Palace.

It is also believed that it happened several years ago and that the 90-year-old Queen is now unlikely to be found on similar expeditions.

In 2013 Prince Andrew was mistaken for an intruder and confronted by armed police as he walked in the Buckingham Palace garden.

Police said no weapons were drawn but issued an apology to the prince.

Managing Editor of Majesty Magazine Joe Little said about the tale of The Queen and guardsman: “What a great story.

“While wanting to take it with a pinch of salt, if Prince Andrew’s identity can be challenged by a policeman in the same garden in broad daylight then there’s no reason to think that something similar couldn’t happen to his mother in the dead of night.”

The Queen spends the working week at Buckingham Palace which has been the subject of several security breaches in recent years.

In August 2016 police a 22-year-old man was arrested just after 4am after climbing over a security fence and being spotted by officers monitoring CCTV.

And in May 2016 Denis Hennessy, 41, climbed over barbed wire and roamed freely in the palace grounds for 10 minutes while The Queen, Prince Philip and Prince Andrew were in residence.

When he was found by officers he repeatedly asked them: “Is Ma’am in?”