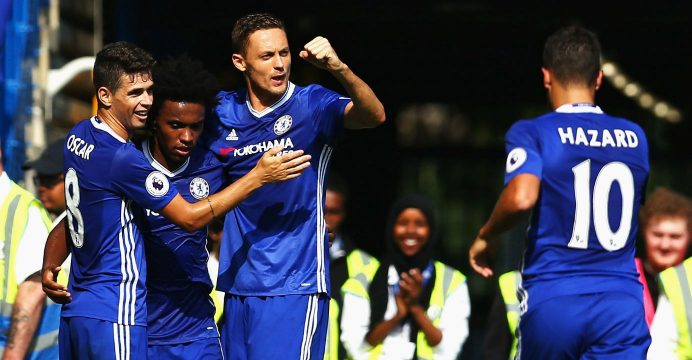 Conte’s side would become the first team to win 14 successive English top-flight games within the same season if they emerge victorious from what will be a red-hot atmosphere at White Hart Lane, reports BSS.

Clashes between these London rivals have always been volatile, but they have become even more explosive of late, with a combination of Chelsea’s record chase and Tottenham’s revenge mission making the latest instalment not one for the faint-hearted.

Tottenham need no reminding of how Chelsea brought their own title
challenge to an end last season, when a bad-tempered 2-2 draw that included 12 yellow cards and numerous ugly clashes confirmed Leicester would be champions.

Harry Kane, the Tottenham and England striker, admits he and his team-mates have been plotting their revenge.

“We definitely don’t want to be the team that lets Chelsea break that
record,” Kane warned.

“Of course, we know that’s in our mind, we were just talking about it there in the changing room.

“We don’t want to be that team they break the record against so we’re fully focused. It’s going to be a great game and we’re excited for it.”

Tottenham’s 2-1 defeat at Stamford Bridge in November completed a run of one win in 10 matches in all competitions that suggested they would struggle to repeat last season’s exploits.

But since then Mauricio Pochettino’s side have rediscovered their rhythm,winning five of their last six league games and scoring 18 goals.

Sunday’s 4-1 win at Watford, which followed a 4-1 success at Southampton,briefly took Spurs into the top four, only for Manchester City to supplant them by beating Burnley on Monday