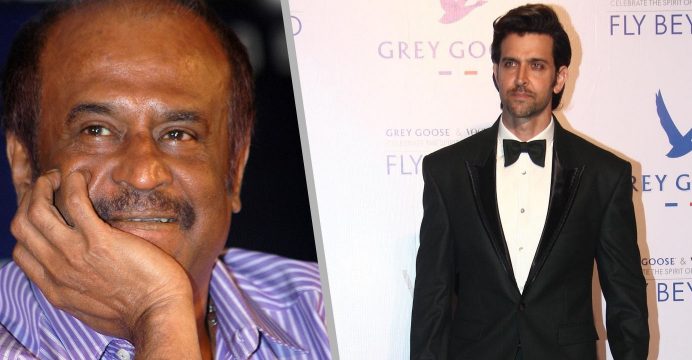 Hrithik Roshan’s Kaabil to be specially screened for Superstar Rajinikanth

Hrithik Roshan starrer Kaabil is under a month away for its release and the film is creating headlines with each passing day. Directed by Sanjay Gupta and produced by Rakesh Roshan, the film is touted as a revenge thriller with equal dose of romance and action.

Earlier, there were reports that Tamil superstar Rajinikanth had expressed his desire to watch Kaabil after watching the trailer. The Thalaivar also stated that Hrithik’s acting in the trailer is stupendous and he can’t wait for the release of the film.

“I’m elated by Rajinikanth’s praise for Kaabil. Hrithik Roshan’s first film, Bhagwaan Dada was with Rajini. Hrithik Roshan was 12 when he faced the camera with the legend,” said Rakesh Roshan.

And now it has been confirmed that Kaabil producer Rakesh Roshan is all set make Thalaivar‘s wish come true. Reportedly, the Krishh director is planning to arrange a special screening of Kaabil for Rajinikanth in Chennai.

Kaabil is slated to hit the screens on 25th January 2017.