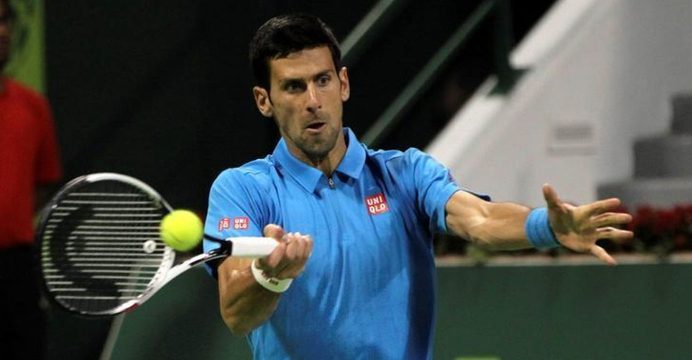 Defending champion Novak Djokovic made a sticky return to action before recovering from losing the opening four games to beat Germany’s Jan-Lennard Struff at the Qatar Open on Monday.

Djokovic, who was deposed as world number one by Andy Murray at the back end of last year and split with coach Boris Becker, eventually snapped into his usual rhythm to win 7-6(1) 6-3.

The Serbian will play either Florian Mayer of Germany or Argentine Horacio Zeballos in the second round.

“It’s the first match of the year. You never know how you’re going to start,” Djokovic was quoted as saying on the ATP’s website.

“I was a bit flat on my feet. But I stayed composed because I knew, I believed that I could find the rhythm, start reading his serve better, and that’s what happened.

“I know that I can’t be at my top the very first match, but I believe that the process is right.”