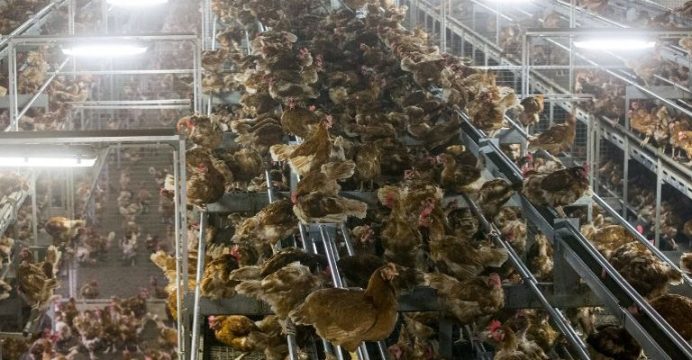 About 22,000 Turkish people to be culled after suspect cases of bird flu found in Germany

About 22,000 turkeys are to be culled after suspect cases of bird flu were found on two more German farms in the major German poultry production region of Lower Saxony, authorities said on Monday.

It is not yet known if the cases involve the contagious H5N8 flu strain but the birds will be culled as a precaution, the local government authority in Cloppenburg in Lower Saxony said, reports Reuters.

Around 90,000 turkeys, chickens and ducks were also culled last week after the H5N8 strain was confirmed on farms in Lower Saxony while 16,000 turkeys were culled on a farm with the H5N8 strain in the neighboring state of North Rhine Westfalia.

The contagious H5N8 strain has been found in more than 500 wild birds in Germany in recent weeks. Outbreaks on farms have been rare after the government introduced tough sanitary rules to prevent infection by wild birds including orders to keep poultry indoors in high-risk regions.

A series of European countries and Israel have found cases of H5N8 bird flu in the past few weeks and some ordered poultry flocks be kept indoors to prevent the disease spreading. France has widened high risk restrictions to the entire country after the detection of several cases of the H5N8 strain.