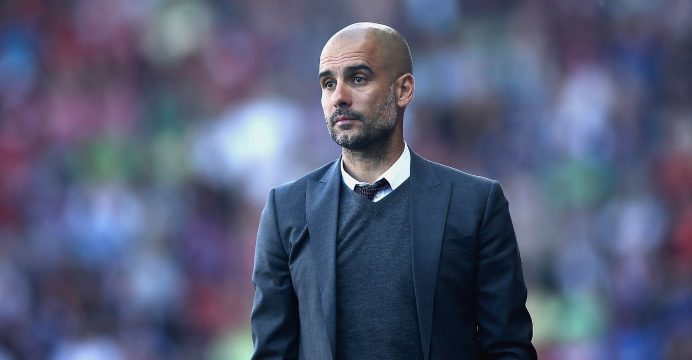 They will slip out of the Champions League places altogether if Arsenal and Tottenham Hotspur win on Sunday against Crystal Palace and Watford respectively.

Asked if City face a battle to hold onto their place in the top four, Guardiola replied: “Definitely. It will be very difficult for all the teams.”

With Chelsea registering a record-equalling 13th successive victory against Stoke City, Guardiola conceded it was difficult to envisage his side reeling the west London club in.

He even went as far as to suggest that City could switch their priorities to the Champions League and the FA Cup if a title tilt appears beyond them.

“They’ve won 12 or 13 games in a row so it’s true that dropping points is not easy,” Guardiola told reporters.

“But we start the second leg (of the season), so with all due respect for the other teams, we have to focus on ourselves and try to do what we have to do to win the games.

“When you are 10 points behind, you have to be focused on just the next game. We cannot talk about this kind of goal.

“You just focus on the next game, which starts the day after tomorrow, the second leg.

“When it’s finished, with one month or two months left, we’re going to see what is our position and in that moment we’re going to decide what our target is.”