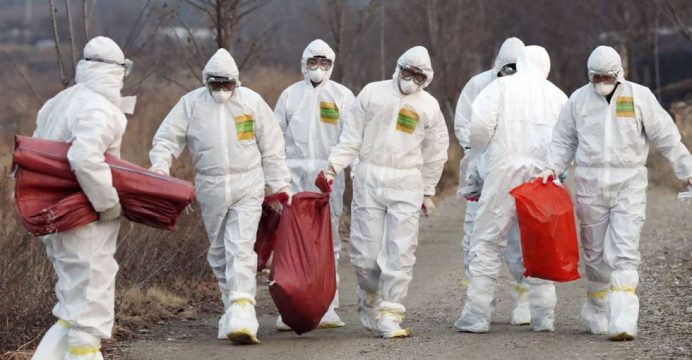 Hong Kong authorities on Friday confirmed the city’s second case of human bird flu infection this winter, five days after the death of a first patient who contracted the same H7N9 strain of the disease.

The Center for Health Protection of the Department of Health said a 70-year-old man with underlying illnesses, who was admitted to hospital on Dec. 27, was diagnosed with the H7N9 strain on Dec. 29 and was in stable condition, reports Reuters.

The case comes as fears grow over the spread of bird flu – in varying strains – in neighboring South Korea and Japan, as well as mainland China. At least two people have died from bird flu on the mainland and five have been infected so far this winter, the season when bird flu most frequently occurs.

Hong Kong officials said the source of infection was still under investigation. “Avian influenza is expected to increase in winter based on its seasonal pattern,” a spokesman for the health protection center said.

The unnamed patient, who was in contact with mobile stalls selling live poultry in the southern Chinese area of Zhongshan this month, returned to Hong Kong on Dec. 16, according to city officials. The man also bought a chilled chicken in Hong Kong’s Kwun Tong district on Dec. 22.