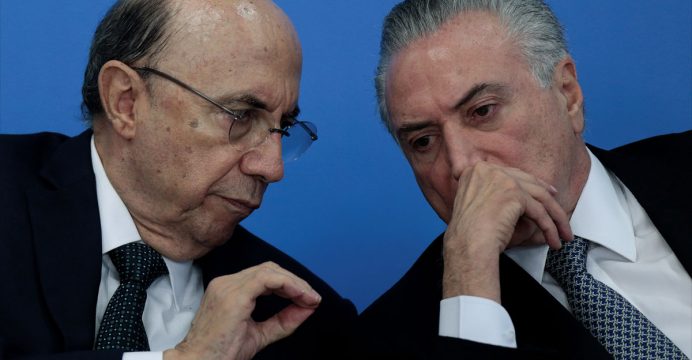 The Brazilian federal government has limited options to help states mired in a debt crisis and will focus first on rebalancing its own troubled accounts, Finance Minister Henrique Meirelles said on Friday.

President Michel Temer, whose government is struggling to lift Brazil out of its worst recession on record, this week vetoed part of a bill that gave a temporary debt pardon to states, calling on them to do more to fix their finances in order to receive federal help, reports Reuters.

Although the rapid deterioration of finances of states including Rio de Janeiro and Rio Grande do Sul has raised pressure on Temer to bail them out, Meirelles said that fiscal and legal constraints limit the government’s options to help those states in the short-term. “The fiscal responsibility law and our own fiscal goals limit our ability to give financial relief,” said Meirelles during a press briefing in Brasilia. “There is no legal framework that allows us to delay debt payments by those states in crisis.”

States including Rio, this year’s Olympic host, are struggling to pay salaries for police, doctors and other public servants. The shortfalls, forcing hospitals, schools and other public facilities to go without supplies, have led to violent protests.

Meirelles said the government is working on new legislation to reestablish a “fiscal recovery” program that gives states debt relief in exchange for measures to reduce current spending and raise pension contributions.

He said the economy, despite being in its second full year of recession, is showing signs of recovery, with unemployment stabilizing in the three months through October. Meirelles said he expects annualized growth above 2 percent in the fourth quarter of 2017.