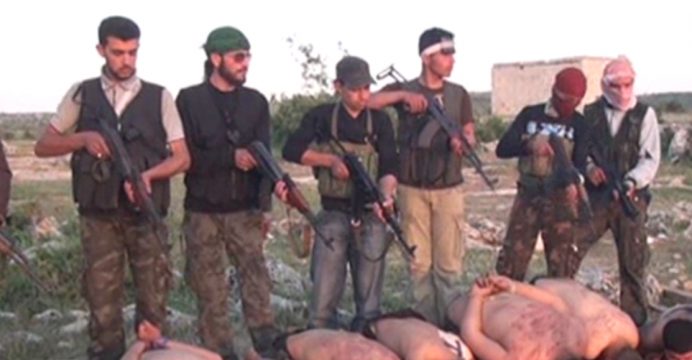 Syrian rebel charged in Sweden on suspicion of war crimes

A former Syrian opposition fighter has been charged with breaching international law over the execution in 2012 of seven soldiers loyal to President Bashar al-Assad, the Swedish prosecutor’s office said on Thursday.

The 46-year-old man, who was arrested in March, appears in a video showing the killings, the prosecutor’s office said.

The man, who was not named, denies any crime, reports Reuters.

“The soldiers were captured and defenseless when this happened,” prosecutor Kristina Lindhoff Carleson said in a statement.

“We claim that the accused’s participation in the execution is against international human rights, supposed to protect incapacitated soldiers”.

The man, who used to live in Italy, applied for asylum in Sweden in 2013, where he has lived since.

In 2015, another Syrian rebel fighter was sentenced to five years in prison for war crimes by a Swedish court for a “torture-like” assault in Syria that was filmed and posted on social media.