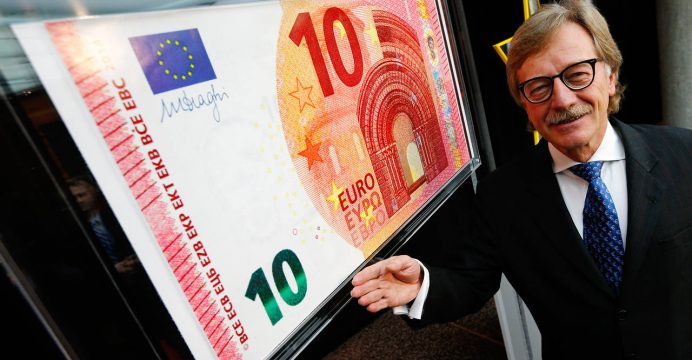 The European Central Bank should have explained more clearly why it nearly doubled its estimated capital shortfall for the ailing Monte dei Paschi di Siena bank, which is being bailed out by the state, Italy’s economy minister said.

In unusually critical comments of the euro zone’s single banking supervisor, Pier Carlo Padoan said in a newspaper interview the ECB’s new capital target was the result of a “very rigid stance” in its assessment of the bank’s risk profile, reports Reuters.

“It would have been useful, if not kind, to have a bit more information from the ECB about the criteria that led to this assessment,” Padoan told financial daily Il Sole 24 Ore.

Monte dei Paschi, Italy’s third biggest lender and the world’s oldest, said on Monday the ECB had estimated its capital shortfall at 8.8 billion euros ($9.20 billion), compared with a 5 billion euro gap previously indicated by the bank.

The higher capital requirement substantially increases the cost of the bank’s rescue by the government after it failed to raise the 5 billion euros on the market.

The treasury is now set to pump in around 6.5 billion euros to salvage the lender, raising concerns that its newly created 20-billion-euro bank bailout fund may not have enough money for other weak banks. The government says the fund is sufficient.

The rest of the money Monte dei Paschi needs will come from the forced conversion of its subordinated bonds into shares, in line with European rules on bank crises. The lender fared the worst in EU-wide banking stress tests published in July.

Padoan said he expected the capital increase to take place in two to three months.

The ECB told the Italian treasury of its decision in a letter, which Padoan said was just five lines long and which has not been made public.

It irked the Rome government and has quickly turned into a political issue. A group of lawmakers from the ruling Democratic Party asked Padoan and Italy’s foreign minister on Wednesday to explain in parliament what had happened.

“I was a bit surprised to receive the news, out of the blue and on Christmas day,” Prime Minister Paolo Gentiloni told a press conference.

“It’s important that the reasons behind this assessment are shared and that there is a dialogue because we need to handle this issue together … We will stick to our guns.”

The ECB has declined to comment on its rationale for the larger capital shortfall.

A source close to the matter said the bank’s estimate of a 5 billion euros capital gap was based on the results of the stress test, conducted on end-2015 data, and included assumptions such as the sale of its whole portfolio of defaulting loans – a key plank of its plan to raise money privately.

Given that plan’s failure and the bank’s worsening balance sheet over the past year, the ECB wants to ensure Monte dei Paschi has enough capital to safely meet a Common Equity Tier 1 (CET 1) ratio of 8 percent in an adverse scenario, so it would be able to restore investor and customer confidence, the source said.