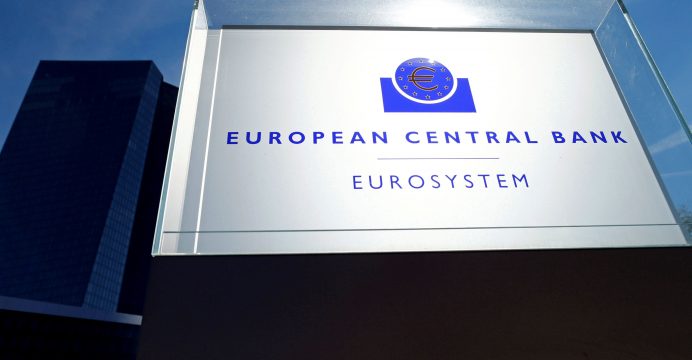 Bank lending to euro zone companies grew at the fastest pace since the tail end of the global financial crisis last month as the European Central Bank (ECB) tries to stimulate the economy after years of anemic growth.

Unprecedented stimulus, including negative interest rates and free central bank loans to the bank sector, are slowly making their way through the economy, even as key policymakers argue the impact of the measures is so far weaker than expected, reports Reuters.

Lending to non-financial corporations grew by 2.2 percent in November, the highest since mid-2009, while lending growth to households accelerated to 1.9 percent, the fastest pace since mid-2011, the ECB said on Thursday.

The figures suggest that unprecedented stimulus, including negative interest rates and free central bank loans to the bank sector, are slowly making their way through the economy, even as key policymakers argue that impact of the ECB measures is so far weaker than expected.

Lending grew as composite corporate borrowing costs and household mortgage rates are both holding at record lows, well below 2 percent, thanks to years of monetary easing by the ECB.

Also suggesting firming growth, the M3 measure of money circulating in the euro zone, which has in the past predicted future economic activity, also accelerated to hit 4.8 percent in November, beating forecasts for 4.4 percent growth.

Still, the ECB has committed to maintaining its asset buys to help keep financing conditions low, at least until the end of next year, as inflation remains well short of its target.

Likely hitting 1 percent around the turn of the year, inflation is still well short of the ECB’s target of 2 percent.

A weaker euro and a big rise in oil prices could boost inflation in the coming year, analysts said.