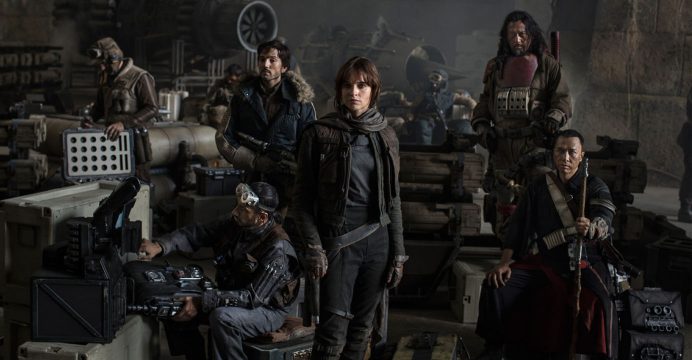 “Rogue One: A Star Wars Story” remains powerful at the U.S. holiday box office with a dominant $15 million on Christmas Eve and projections of a $120 million-plus haul over the six-day Dec. 21-26 period.

Illumination-Universal’s animated comedy “Sing” easily led the rest of the pack on Christmas Eve with a solid $7.9 million, followed by Sony’s “Passengers” with $2.9 million, Fox’s “Assassin’s Creed” with $2.2 million and Fox’s “Why Him?” with $1.8 million, reports Reuters.

Paramount launched Denzel Washington-Viola Davis’s “Fences” with $750,000 at 1,547 sites in Saturday night showings and plans to expand the drama to about 2,200 locations Sunday. 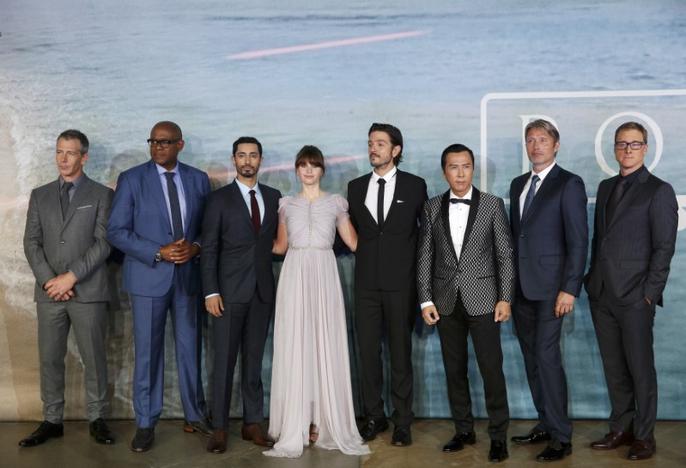 Overall moviegoing slowed on Christmas Eve, as is typical, with “Rogue One” falling about 33 percent from Friday and “Sing” declining about 40 percent. Business should rebound sharply on Christmas Day on Sunday and on Monday, an official holiday for many.

Disney-Lucas film’s “Rogue One,” starring Felicity Jones, wound up business on Christmas Eve with about $260 million domestically in its first nine days and is projected to finish the holiday on Monday with about $327 million. That will be enough to pull it past “Suicide Squad” as the eighth highest domestic grosser of the year.