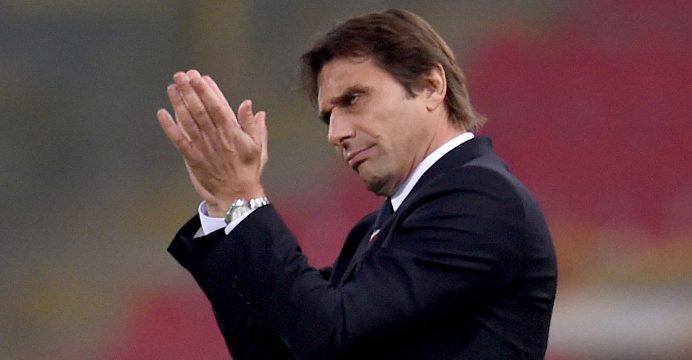 Antonio Conte’s first few months as Chelsea manager could hardly have gone any better as his side head into the holiday period six points clear at the Premier League summit.

After an inconsistent start, Conte has made his mark on the club and while he accepts the extent of Chelsea’s recent success has been unexpected, he believes it is fully merited.

“If you ask me this before, I must be honest: it was a bit difficult to believe we would be top of the table at Christmas,” said the Italian.

“But I think we are working very well and I’m very happy for the players. The players deserve this.

“But in my experience it’s important to keep this position. You can keep it only through hard work, to face every game with great concentration and focus and will to fight.”

The omens are good for Chelsea, who have won the Premier League title on the four occasions they have previously led the table on Christmas Day.

And it is a measure of the current optimistic mood at Stamford Bridge that Oscar’s reported o60 million ($73.7 million) departure to Shanghai SIPG should cause little concern.

Chelsea will face Bournemouth without the suspended Diego Costa and N’Golo Kante, presenting Conte with his first major selection dilemma after a period in which his team has largely picked itself.

Conte must decide whether to hand Michy Batshuayi a first Premier League start following his o33 million move from Marseille in place of Costa.

The loss of Kante, meanwhile, will deprive the team of their most consistent midfielder during the recent wining run.

“For sure, Diego is an important player for us,” said Conte.

“But these days we are working to find the right solution in the squad. I can have different solutions to replace him. I’m working on this.”

He added: “This is a good test for us because we play this game without two players who are very important for our team.

“This gives us the possibility to play some players who, until now, haven’t played a lot. Or to find another solution.”

Bournemouth’s impressive recent progress was brought to an abrupt halt in a 3-1 home defeat by south-coast rivals Southampton last weekend.

“We’ve had time to reflect on Sunday’s defeat as we always do,” said manager Eddie Howe.

“We will try and come back a better team from it. We need to do better really and it’s a good challenge for us this weekend.

“Kante and Costa will be missing, but I saw Cesc Fabregas come on against Crystal Palace and he was excellent, so it will be a very difficult game regardless of who plays.”

In last season’s fixture, a late winner from Glenn Murray secured an unexpected victory for Howe’s side, but skipper Simon Francis says they will face a very different Chelsea this time around.

“In terms of personnel, they haven’t changed their players too much, but they’ve changed their formation and seem to have a manager that they’re running through brick walls for,” he said.

“We were in need of a big away win last season and that came at Stamford Bridge.

“That did all sorts for our season and we had some huge ones after that as well. We’ll be going there to win the game. We need some points away from home.”

Winger Junior Stanislas and midfielder Andrew Surman could both be in contention for the trip to the capital.

Stanislas has not played since the beginning of the month because of ankle trouble, while Surman has been sidelined since October due to a hamstring injury.