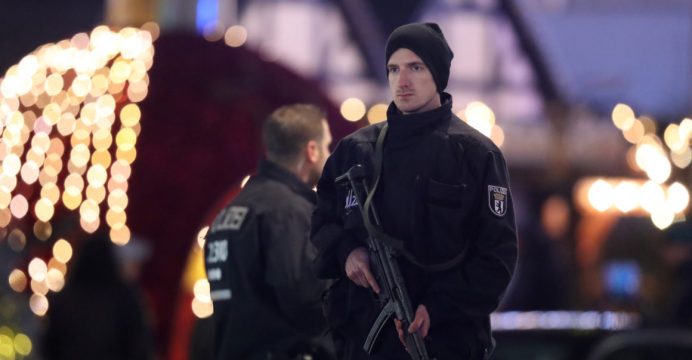 The ministry said Amri’s nephew was among the three men and had been in touch by social media messaging with Amri, who was killed on Friday by Italian police after he pulled a gun on them during a routine search, reports Reuters.

In Spain, intelligence services are investigating a possible connection via Internet between Amri and a Spanish resident on Dec. 19, Interior Minister Juan Ignacio Zoido told radio station COPE on Saturday. He said police and security forces were studying the information and deciding whether to make any arrests.

Amri, 24, is suspected of ploughing a truck through the Berlin market on Monday. In a video released on Friday after his death, he is seen pledging his allegiance to militant group Islamic State leader Abu Bakr al-Baghdadi.