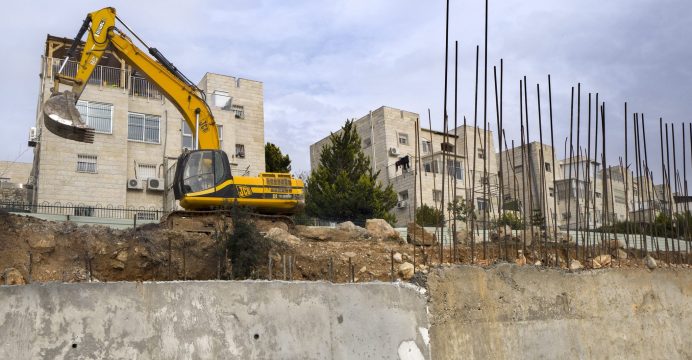 The United States on Friday allowed the U.N. Security Council to adopt a resolution demanding an end to Israeli settlement building, defying heavy pressure from long-time ally Israel and President-elect Donald Trump for Washington to wield its veto.

A U.S. abstention paved the way for the 15-member council to approve the resolution, with 14 votes in favor, prompting applause in the council chamber. The action by President Barack Obama’s administration follows growing U.S. frustration over the unrelenting construction of Jewish settlements on land Palestinians want for a future independent state, reports Reuters.

“Israel rejects this shameful anti-Israel resolution at the U.N. and will not abide by its terms,” Prime Minister Benjamin Netanyahu, who has encouraged the expansion of Jewish settlements in territory captured by Israel in a 1967 war with its Arab neighbors, said in a statement. The U.S. action just weeks before Obama ends eight years as president broke with the long-standing American approach of shielding Israel, which receives more than $3 billion in annual U.S. military aid, from such action. The United States, Russia, France, Britain and China have veto power on the council.

The resolution, put forward by New Zealand, Malaysia, Venezuela and Senegal a day after Egypt withdrew it under pressure from Israel and Trump, was the first adopted by the council on Israel and the Palestinians in nearly eight years.

The U.S. abstention was seen as a parting shot by Obama, who has had an acrimonious relationship with Netanyahu and whose efforts to forge a peace agreement based on a “two-state” solution of creating a Palestinian state existing peacefully alongside Israel have proven futile.

Obama also faced pressure from U.S. lawmakers, fellow Democrats as well as Republicans, to veto the measure, and was hit with bipartisan criticism after the vote.

Trump, who takes office on Jan. 20, took the extraordinary step by a U.S. president-elect of personally intervening in a sensitive foreign policy matter before taking office, speaking by telephone with Netanyahu and Egyptian President Abdel Fattah al-Sisi before Egypt, another major U.S. aid recipient, dropped the resolution.

Trump wrote on Twitter after the vote, “As to the U.N., things will be different after Jan. 20th.”