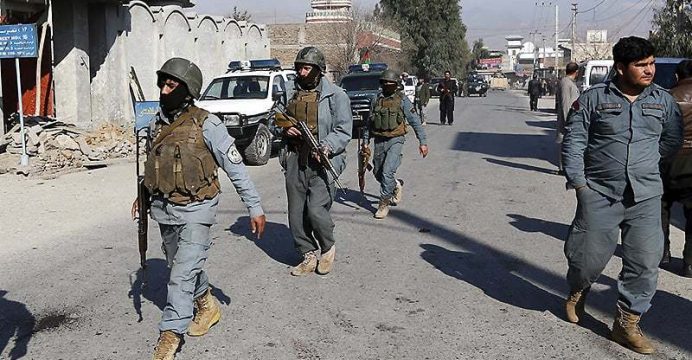 7 police were killed in attack in Afghanistan

Seven police personnel were killed and five others wounded in two separate attacks in Afghanistan on Saturday, authorities said.

In one attack, four police were killed and one wounded after a police vehicle was struck by an Improvised Explosive Device (IED) in outskirts of Qalat city, capital of southern Zabul province, reports BSS.

“The IED attack occurred roughly at 09:00 a.m. local time during a cleanup operation. The vehicle was also destroyed by the explosion in Wicha Kholai locality,” a provincial security source told Xinhua.

The attackers also took weapons from the targeted posts. Unofficial sources put the number of killed at 11, saying one policeman was injured during the exchange of fire.

The attacks came as Afghan security forces had beefed up security operations recently as Taliban and other militant groups were attempting to take territory and consolidate their positions ahead of winter in the mountainous country.

“Lal Zada was leading a group of 30 armed militants and involved in many terrorist and destructive activities in this district and other areas of Warak province,” it said in a statement.