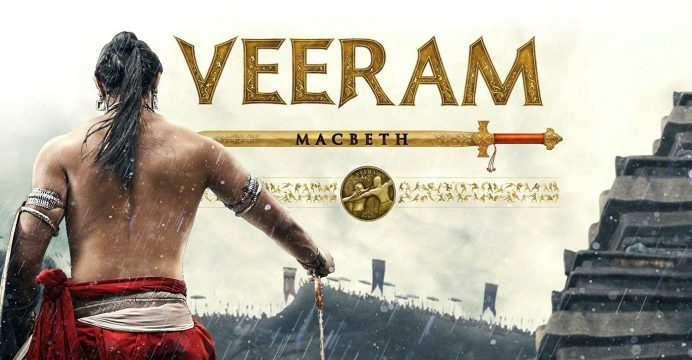 The excitement towards Veeram has just increased by a manifold! Adapted from the Shakespearean classic Macbeth, the film Veeram’s soundtrack ‘We will rise’ has been nominated for the Original Song category at the 89th Academy Awards. The song finds its place in a list of 91 songs from eligible motion length pictures. Sung by Kari Kimmel, it has been composed by Jeff Rona who has also composed the music for movies like Phantom, God of Water, and Traffic III amongst others, reports BollySpice.

This is for the first time in the history of Indian production that a tri-lingual film has achieved this feat. A prestigious moment for the director and completely elated with this news, Jayaraj said, “Nothing is impossible for an Indian. I am proud to lead an Indian Film Production Company which not only produced an English film but also achieved the unique distinction of being shortlisted for an Oscar nomination for its English Song… We will rise…”

Veeram which also takes inspirations from the Vadakkan Pattukal (Northern Ballads) of North Malabar region in Kerala is based on Chandu Chekavar, an infamous warrior in the 13th century North Malabar. The film recently premiered at the BRICS festival and received an overwhelming response.

Veeram is truly one of the most anticipated films of 2017 and we can’t wait to see Kunal Kapoor charm the audience in his warrior avatar!

Directed by National award winning film-maker Jayaraj Nair, the film has been produced by Chandramohan Pillai and Pradeep Rajan of Chandrakala Arts.