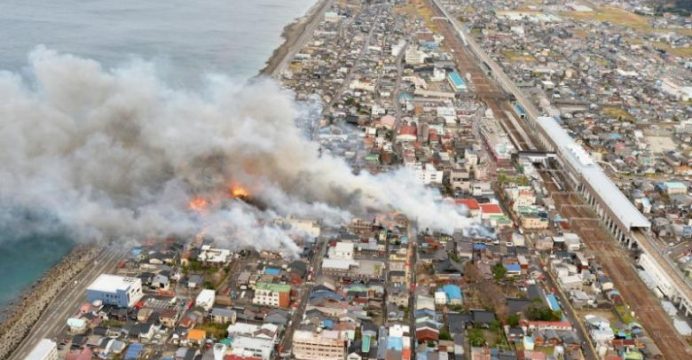 A fire engulfed 140 houses, shops and other buildings in Japan

A fire engulfed about 140 houses, shops and other buildings in a Japanese coastal city on Thursday, injuring five people but causing no deaths, a fire official said.

The military was called in to help battle the blaze, which started mid-morning in a residential area of Itoigawa, a city of 44,500 people 230 km (140 miles) northwest of Tokyo, reports Reuters.

“The fire has lost its strength. As of 8:50 p.m., we decided there was little chance of its spreading further,” a local fire department official said, adding it would take hours more to put it out completely.

Five people suffered minor injuries and evacuation orders were issued for 363 houses nearby, he said.