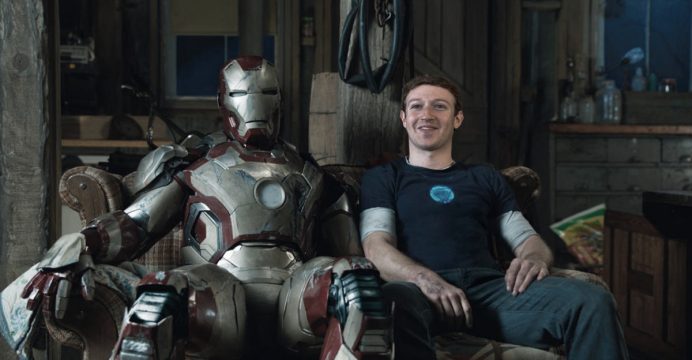 When new engineers join Facebook—no matter whether they’re just out of college or VP-level veterans—they spend their first six weeks in Bootcamp, an intensive program designed to help them learn the ins and outs of the company’s massive code base and the always-evolving set of programming tools at their disposal.

Mark Zuckerberg, Facebook’s original engineer, contributed more to that code than anyone else in the early years of its existence. But the 32-year-old CEO never went through the Bootcamp program, which was launched in 2006, two years after he founded the company in his Harvard dorm room.

Last January, Zuckerberg announced that he planned to build an AI system to run his home using Facebook tools, in the latest of the personal-growth challenges he gives himself each year. An exciting exploration of the state of the art of AI—a technology field essential to Facebook’s future—the project also forced him to refresh his command of the company’s programming tools and processes. That in turn has reconnected him to the daily experience of the thousands of engineers he manages and the engineering culture that’s at the heart of one of the world’s most important technology companies.

But being CEO of Facebook is not the kind of job you can abandon for six weeks in the interest of continuing education. “I didn’t go through a formal Bootcamp,” Zuckerberg told me last week in the spacious living room of his classic 113-year-old wood-frame Palo Alto, California, home, where I’ve come for a Jarvis demo and the first interview he has given about this year’s personal-challenge project. “But when I ask people questions, you can imagine that they respond pretty quickly.”

Zuckerberg has always enjoyed what he calls the “deterministic” nature of engineering—the element of being able to sit down and build something that does exactly what you want it to do. For all the wildly ambitious things he can accomplish as the head of a company of more than 15,000 people that has billions of users across Messenger, WhatsApp, Instagram, and Facebook itself, he missed that pleasurable certainty.

That’s why he has continued to work on small programming projects in his rare spare time, and why his personal challenge back in 2012 was to code every day. He has participated in several company hackathons over the years and, as an exercise, once wrote a system that paired Facebook’s org chart and the internal social graph to see which groups within the company were most socially connected.

Often, Zuckerberg told me, he emerges from a coding session feeling much like he does when he studies Mandarin, the language he learned as his 2010 challenge. He feels like his brain is activated, on fire.

Facebook’s engineering culture, though, mandates that if your work breaks, you have to stop what you’re doing and fix it. That’s just not practical for the hyper-busy, globetrotting CEO. “I’m either going to get pulled out of meetings, or someone is going to have to fix my code, which is kind of a big no-no,” he says. So it’s been quite some time since he actually checked in any code at work.

Over the last year, though, Zuckerberg has spent between 100 and 150 hours on his home project. Though it’s named for Tony Stark’s futuristic Jarvis AI in the Iron Man movies, it’s more akin to a homemade, highly personal version of something like Amazon’s Alexa service, letting him and his wife Priscilla Chan use a custom iPhone app or a Facebook Messenger bot to turn lights on and off, play music based on personal tastes, open the front gate for friends, make toast, and even wake up their one-year-old daughter Max with Mandarin lessons.

When you visit Mark Zuckerberg’s house, set well back on a 17,000-square-foot lot on a quiet, leafy street in a very posh Silicon Valley neighborhood, Jarvis recognizes you and automatically alerts him that you’ve arrived. But one of the weirdest things is that—once you’ve made your way through a wooden gate and along a walkway of citrus and maple—Zuck himself comes out to greet you.

That wouldn’t be so odd except that he looks exactly the same in person, down to the short brown hair and gray T-shirt and jeans, as he does in countless photos and videos. It takes a moment to be certain it’s not an avatar standing at his door welcoming you.

At work, the last few weeks have been especially eventful for Zuckerberg, who has been grappling with three separate and substantial controversies: questions about whether Facebook was a prime driver of fake news in the lead-up to the presidential election; scrutiny of his communications with venture capitalist (and Facebook board member) Marc Andreessen as the board considered Zuckerberg’s request to maintain voting control of the company even if he sells most of his stock; and concern from advertisers over errors in how Facebook measures video viewership.

Talking about something like Jarvis is surely an easier task. Sitting on a dark green couch in his living room with Beast, his dreadlocked Hungarian Sheepdog, by his side, Zuckerberg seemed relaxed as he explained how the system he’d built over the last year has made things easier—and occasionally harder—for him, Priscilla, and Max.

“A GOOD WAY TO MAKE YOUR WIFE MAD AT YOU”

Getting the right kind of music to play was one thing. Making sure Jarvis doesn’t piss off Priscilla is quite another.

Even asking the system to turn lights on or off or play music can introduce a surprising amount of ambiguity, if it’s unsure about where it’s supposed to do so. For example, Zuckerberg and his wife sometimes use different phrases for things—he says “living room,” while she calls it the “family room.” So Jarvis needed to understand synonyms. But Zuck didn’t want to just program in the different phrases; teaching Jarvis to learn them, and other contextual nuances, was a much more interesting problem.