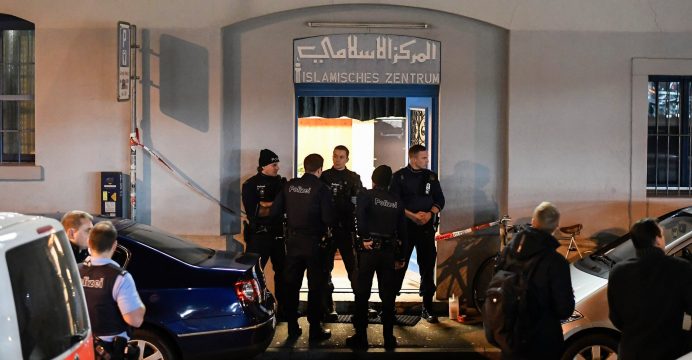 Three people were injured when a man stormed into a Zurich mosque and opened fire on people at prayer, police said.

Two of the three men – aged 30, 35 and 56 – were seriously injured in the attack near the main train station in Switzerland’s financial capital. 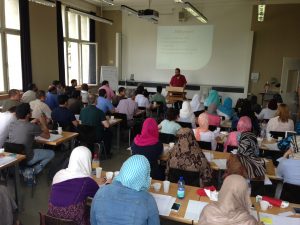 The suspect, a man aged around 30 according to witness accounts, had fled the mosque and was believed to have left the building, police said.

Police said a body was found nearby, but could not comment on any link to the shootings while investigations were still under way.

They said they had collected evidence inside the building and could not further comment on the motive or the suspect’s background. He was wearing dark clothing and a dark wool cap.

The centre is registered as an association enabling Muslims to practise their religion, particularly through instruction on Islamic beliefs and teachings, as well as providing for the preservation of Islamic cultural values and scientific seminars, according to Swiss business data website Moneyhouse.

Across Switzerland, two thirds of its 8.3 million residents identify as Christian, but the nation has been wrestling with the role of Islam as its Muslim population has risen to 5%, particularly with the arrival of immigrants from the former Yugoslavia.

In 2009, a nationwide vote backed a constitutional ban on new minarets.

The Federation of Islamic Organisations in Switzerland said the centre was not a member and it did not have any direct knowledge of the incident.

Another umbrella group, the Swiss Islamic Central Council, was not immediately available for comment.

cinity of the Islamic center, but gave no more details.