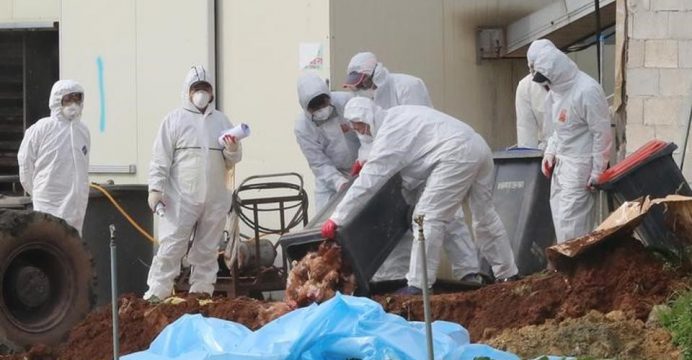 Japan began killing about 122,000 farm birds on Tuesday to contain another outbreak of a highly contagious strain of avian flu, officials said.

It is the sixth mass cull this winter, with nearly a million birds slaughtered in total as the virus has been detected at several farms across the country, reports BSS.

The highly virulent H5 strain was found in chickens at a farm in the town of Kawaminami in southwestern Japan’s Miyazaki prefecture, according to a statement released by the local government.

“We began killing farm birds today at 3:00 am (1800 GMT, Monday) with 380 people” involved including the military, a local government official told AFP.

The mass cull is expected to be completed in 24 hours, the official said. Authorities have also banned the transport of poultry and poultry products in areas close to the affected farms, while sterilising main roads leading to them.

Just three days ago, northern Hokkaido began culling about 280,000 farm birds. The local government completed the mass killing on Tuesday morning, going over the 24-hour deadline due to cold weather.