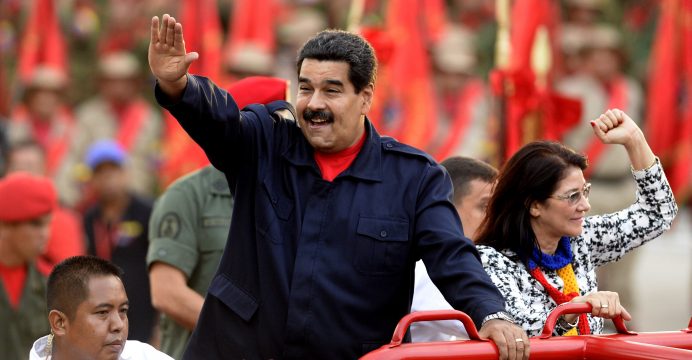 Venezuelan President Nicolas Maduro suspended on Saturday the elimination of the country’s largest denomination bill, which had sparked cash shortages and nationwide unrest, saying the measure would be postponed until early January.

The surprise pulling of the 100 bolivar note from circulation this week – before new larger bills were available – led to vast lines at banks, looting at scores of shops, anti-government protests and at least one death, reports Reuters.

Maduro, speaking from the presidential palace, blamed a “sabotage” campaign by enemies abroad for the delayed arrival of three planes carrying the new 500, 2,000 and 20,000 bolivar notes.

“One plane, contracted and paid for by Venezuela, was told in flight to change direction and go to another country,” he said, without specifying who had given the orders. “There’s another which was not given flyover permission.”

The 100 bolivar bills, officially out of use since Thursday and worth just 4 U.S. cents at the black market currency rate, can now be used until Jan. 2, Maduro said.

Many Venezuelans had found themselves without the means to pay for food, gasoline or Christmas preparations in a country already reeling from a profound economic crisis.

About 40 percent of Venezuelans do not have bank accounts, and so cannot use electronic transactions as an alternative to cash.

Adding to the chaos, Venezuela has the world’s highest rate of inflation, meaning large bags of cash must be humped around to pay for basic items.

In the southern mining town of El Callao, a 14-year-old boy was shot dead during looting on Friday, authorities confirmed. An opposition legislator reported three fatalities.

The Democratic Unity opposition coalition said the socialist leader should resign for incompetence and for inflicting yet more suffering on Venezuelans.

“We have a government utterly stupid and destructive in economic management, whose only goal is to keep power at whatever price,” said opposition leader Julio Borges.

Maduro had justified the 100 bolivar note’s elimination as a way of strangling mafia and smugglers on the frontier with Colombia. He has also closed border crossings with Colombia and Brazil until Jan. 2.

Earlier on Saturday, about 400 people in western Tachira state jumped fences and defied security personnel to surge into Colombia in search of food and medicines, which are scarce in Venezuela, witnesses said. 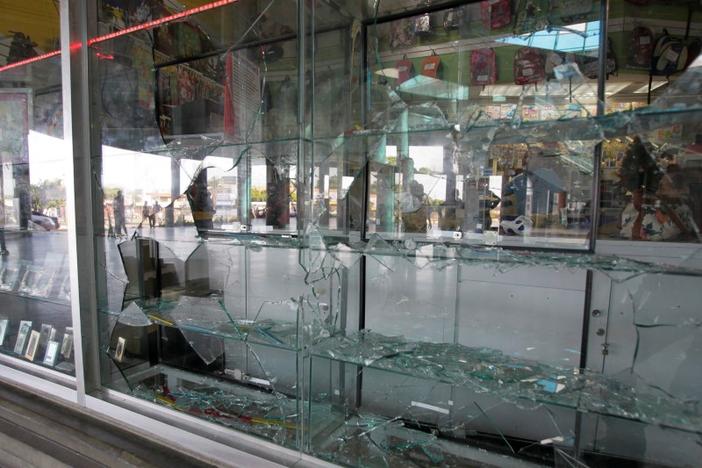