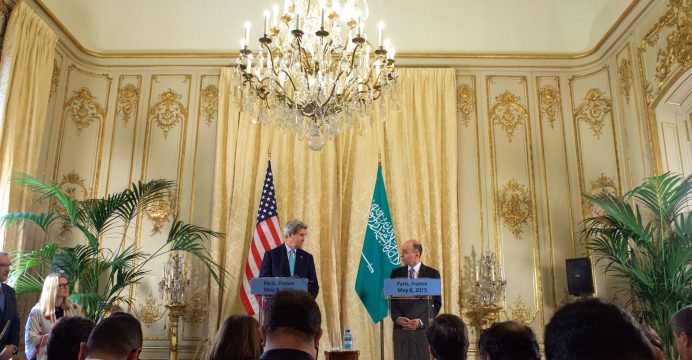 Saudi Foreign Minister Adel al-Jubeir denied on Sunday reports that the United States had decided to limit military support, including a planned arms sale, to the kingdom. U.S. officials have said Washington decided to curb backing for Saudi Arabia’s campaign in Yemen, including halting the supply of some precision-guided munitions, because of concerns over widespread civilian casualties, reports Reuters.

Jubeir, speaking in Arabic, told a joint news conference with visiting U.S. Secretary of State John Kerry: “This news that has been leaked contradicts reality. The reality is that converting regular bombs to smart bombs would be welcome because smart bombs are more accurate.”