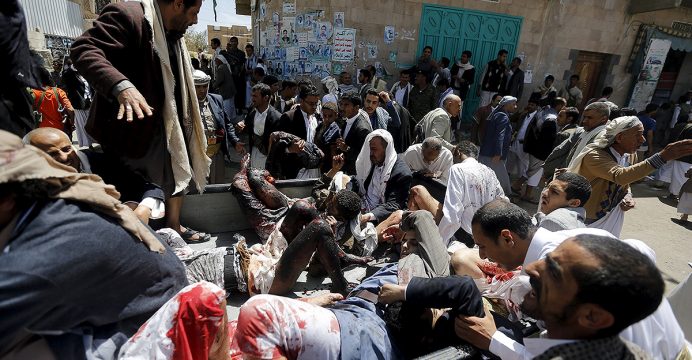 A suicide bomber killed at least 49 soldiers gathered to receive their monthly pay in the southern Yemeni port city of Aden on Sunday, officials said, as Islamic State claimed responsibility for the attack.

Officials said at least 60 other troops were wounded in the attack, which occurred near al-Sawlaban military base in Aden’s Khor Maksar district, where another Islamic State suicide bomber blew himself up a week ago killing 50 soldiers, reports Reuters.

Aden is the temporary capital of Yemen’s internationally recognized government in exile in neighbouring Saudi Arabia. It has been battling the armed Iran-aligned Houthi movement since 2014.

Al Qaeda and Islamic State have exploited the war to carry out assassinations and bombings, mostly in lawless southern Yemeni areas nominally controlled by the government.