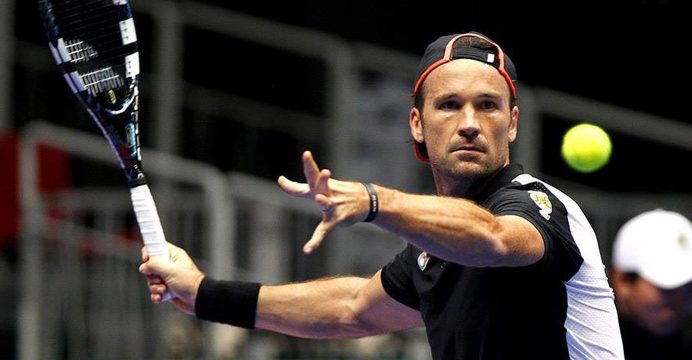 Fourteen-times grand slam champion Rafa Nadal has turned to fellow Mallorcan Carlos Moya in an attempt to revitalize his career, the 30-year-old Spaniard said on Saturday.

Moya, like Nadal a former world number one, will join his team for the coming season and work alongside his uncle Toni Nadal and Francis Roig.

“To have someone like Carlos who is not only a friend but also a very important person in my career is something special,” Nadal said in a statement.

“He will be next to me on my practice and competition.”

Nadal, without a grand slam title since winning the French Open for a ninth time in 2014, has been plagued by injuries and loss of form in the past two years.

He has always been fiercely loyal to uncle Toni who has been his coach since before he burst into the limelight by winning the French Open as a teenager in 2005.

However, with his powers apparently on the wane Nadal has moved to shake up his entourage, turning to close friend Moya.

“To be honest it was great to receive that call. To be able to help Rafa is something special for me and I am sure that together with Toni, Francis and the rest of the team we have a great common project,” Moya, 40, said.

“Rafa is a special player and above all a great person and friend on which I have a lot of trust and confidence that will be able to continue winning important titles.”

Nadal, who withdrew from the French Open and missed this year’s Wimbledon because of a wrist injury, ended an injury-hit season ninth in the ATP rankings.

“We understand it is the right moment to have him join our team,” Toni Nadal added.