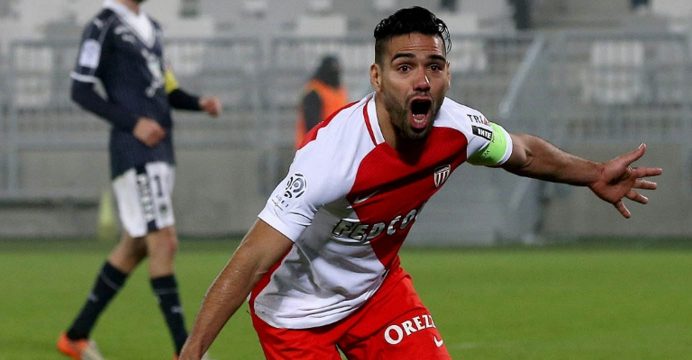 Lyon will be the latest team to try to stop Monaco’s lethal attack as the two sides meet in Ligue 1 in their penultimate match of the year at the Stade Louis II on Sunday.

Leonardo Jardim’s Monaco are the top scorers in Europe’s big five leagues with 53 goals in 17 matches — nobody else has scored more than 40 — and they kept up their remarkable run by trouncing Rennes 7-0 to reach the League Cup quarter-finals in midweek.

The principality club may have been seen as a good draw for Manchester City when the teams were paired together in the Champions League last 16, but they have scored 76 times in all competitions.

The goals have been spread around the squad and a rejuvenated Radamel Falcao is the leading marksman with 14.

“We’re on a positive dynamic. But this is the first time in my career that one of my teams has scored so many goals,” admitted Jardim after beating Rennes while resting Falcao and several other regulars.

Unbeaten in eight in the league, Monaco are second in the table, a point behind leaders Nice and 11 points clear of Lyon, who are fourth with a game in hand.

Bruno Genesio’s side surely need to win on the Cote d’Azur to maintain any real hope of finishing the campaign in the top three after pipping Monaco to second place last season.

Their league form has improved recently but they were knocked out of the League Cup after losing a penalty shoot-out at home to Guingamp, albeit with a host of regulars rested.