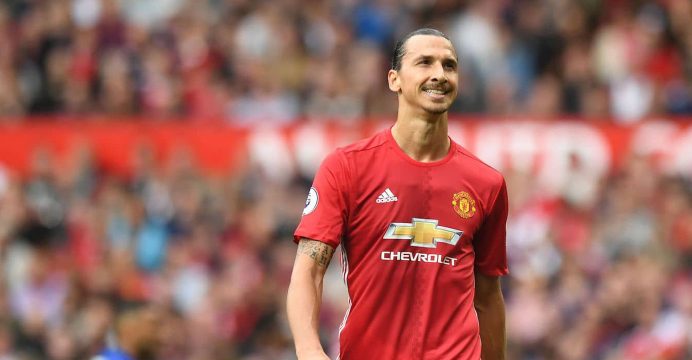 Mourinho says Ibrahimovic not done yet

Jose Mourinho believes Zlatan Ibrahimovic’s performance in Manchester United’s victory over Crystal Palace once again confirmed the striker did not move to the Premier League to wind down his career.

Ibrahimovic, 35, moved to Old Trafford as a free agent before the start of this season and his late winning goal took his United tally to 14, reports BSS.

The Swede also set up Paul Pogba’s opener — controversially, with Ibrahimovic admitting he might have used his arm — and Mourinho believes his all-round display showed he retains the hunger to succeed.

“It’s difficult to say someone is my ‘best’ ever signing, but I knew the character because, at this age, he’s a character, a personality, who has passion to play,” said Mourinho, the United manager.

“The quality is there. I knew that he could do what he’s doing here. I said England is not the best place to be on holidays.

“When a rich guy with a phenomenal career wants holidays, he doesn’t come to England.

“It’s the most difficult league in the world, so if you come here, you want to show what you can do. That’s what he did.

“It’s not just about goals. It’s about leadership and motivation. I’m so happy with what he has done.”

Palace manager Alan Pardew was convinced Pogba’s goal should not have stood and that United defender Marcos Rojo should have been sent off by referee Craig Pawson for a two-footed challenge on Wilfried Zaha.

“From the sidelines, it did look bad,” said Pardew. “He jumps two-footed, and we go to all these meetings where that’s a red card.”