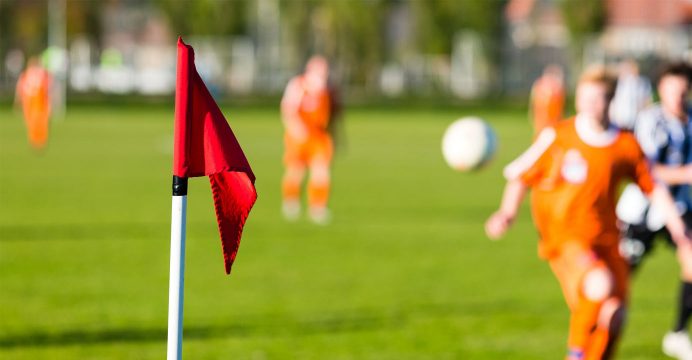 Charity says over 1,700 calls made to UK football abuse helpline

A hotline set up for former players to report child sex abuse they had suffered at British football clubs dating back to the 1970s has received more than 1,700 calls since it was set up three weeks ago, the charity responsible said on Thursday.

The National Society for the Prevention of Cruelty to Children (NSPCC) set up the hotline last month after former Crewe Alexandra player Andy Woodward revealed he had been abused as a boy by a youth team coach, prompting other ex-professionals to come forward with more allegations.

It also led to police inquiries across the country and on Friday officers said they had identified 83 potential suspects and possible links to 98 clubs.

“It’s clear that for far too long, hundreds of people who suffered abuse as youngsters in the game have not been able to speak up, but it is encouraging that so many are finally finding their voice,” said NSPCC chief executive Peter Wanless.

“What’s important now is that those victims get that much-needed support, and that perpetrators are identified and brought to justice by police.”

The NSPCC said more than 1,700 calls have been made since Nov. 23, with 907 in the last fortnight. Many of these calls had been referred to police and the National Police Chiefs’ Council (NPCC) said last week that 350 potential victims had been identified.

On Tuesday, London police said it had received 106 separate allegations relating to individuals at 30 clubs, including four in the Premier League.

The tales of abuse suffered by the former players, some of whom have broken down in tears in television interviews, have shocked Britain. They raise questions about the scale of the problem, how much clubs and football authorities knew, and whether they tried to cover it up.

English football’s governing body, the Football Association, has launched an internal review into what it admitted could be one of the sport’s biggest crises, and promised to fully publicise its findings.