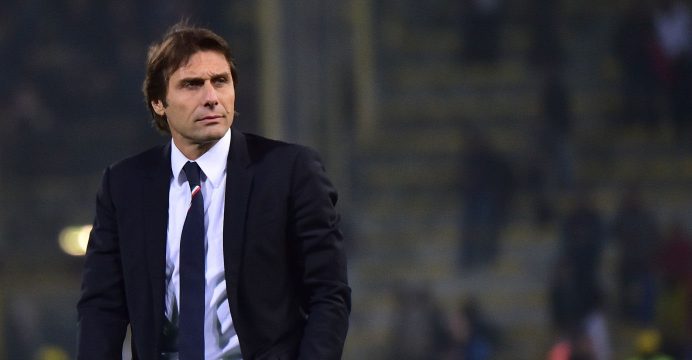 Chelsea are six points clear at the top of the Premier League following their 1-0 victory at Sunderland, but Antonio Conte is determined to silence premature title talk.

Conte is cautious about the future because although Chelsea may have a significant advantage over the other title contenders, their unconvincing performance at the Stadium of Light on Wednesday should encourage the chasing pack.

They needed a 40th minute goal from Cesc Fabregas to dispose of Sunderland, who were close to an equaliser in stoppage-time when a shot from Patrick Van Aanholt was brilliantly saved by Thibaut Courtois.

“I prefer not to look at the top of the table,” Conte said. “We are doing something important up to now, but the league doesn’t finish today.

“There are still three games before the halfway stage of the season.”

Conte admitted Chelsea weren’t at their best but he was encouraged by the way they kept fighting to secure a 10th successive league victory.

“I think we created chances to score a second goal and kill the game before Sunderland had a big chance to daw at the end, We needed a great save from Thibaut to win it.

“I was particularly pleased for Cesc because it was only the third game he has started. He showed fantastic commitment.”

Fabregas, still adapting to Chelsea’s 3-4-3 system, added: “The performance was really good and I felt we were very, very strong.

“Now we want to keep winning. Hopefully we can continue like this and send out a strong message.

“People forget that it’s only my second time in my career that I’ve played this system. My teammates have played it much more, but I’m getting used to it and feel very comfortable.

“There are a lot of players who I can find with passes and there’s protection behind me. I’m enjoying it a lot.”