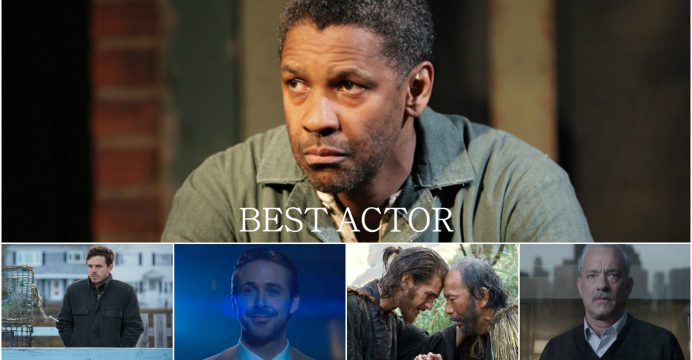 “Manchester by the Sea,” about a working-class family dealing with multiple tragedies, got four nominations, including for lead actor Casey Affleck and supporting stars Michelle Williams and Lucas Hedges:, reports Reuters.

Independent drama “Moonlight,” about an impoverished black boy grappling with his sexuality, and “Fences,” a tense drama about an African-American family in the 1950s, scored three nominations each.

“Captain Fantastic,” a comedy about an unorthodox family, and “Hidden Figures,” about three black female mathematicians helping the U.S. government in the 1960s space race, also received nods in the best ensemble category.

Other notable omissions on Wednesday included comedy “20th Century Women,” which stars Annette Bening as a free-spirited single mother in the 1970s, and “Loving,” the real-life story of a couple who changed interracial marriage laws in Virginia.

The top SAG winners often go on to win Academy Awards. “Spotlight,” which took the best ensemble award earlier this year, was named best picture at the Oscars.

More than 100,000 actors vote on the annual SAG awards. The winners will be announced at a ceremony in Los Angeles on Jan. 29.

Stone will vie for best actress alongside Amy Adams for “Arrival,” surprise nominee Emily Blunt for “The Girl on the Train,” front-runner Natalie Portman for “Jackie” and Meryl Streep for “Florence Foster Jenkins.”