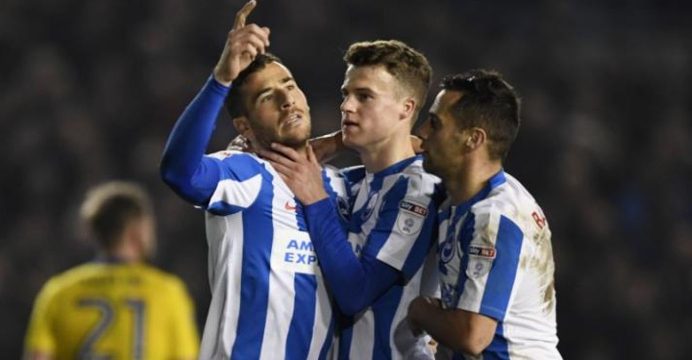 Brighton & Hove Albion climbed to the top of the Championship (second tier) after beating 10-man Leeds United 2-0 with a penalty in each half on Friday.

Glenn Murray opened the scoring with a 23rd-minute spot kick after Kalvin Phillips was sent off for handling Lewis Dunk’s goalbound effort on the line, reports Reuters.

Substitute Tomer Hemed made sure of victory with eight minutes to go when his penalty sent former England keeper Rob Green the wrong way after Kyle Bartley had brought down Dunk.

Chris Hughton’s Brighton have 42 points from 20 matches, two ahead of second-placed Newcastle United who play their game in hand at home to fifth-placed Birmingham City on Saturday.