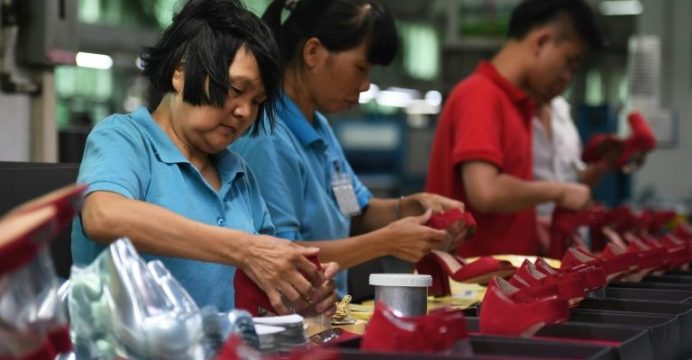 Prices for goods at the factory gate in China beat expectations in November, data showed on Friday, rising for the third straight month in a sign of strengthening demand in the world’s second-largest economy.

The producer price index (PPI) rose 3.3 percent year-on-year for the month, according to the National Bureau of Statistics, topping economists’ forecast of a 2.3 percent increase in a Bloomberg News survey, reports BSS.

It marked a jump from October and September after more than four years of falls, offering some relief to longstanding concerns about deflation.

Chinese firms have been battered by falling prices for their goods in the face of chronic overcapacity and weak demand, putting a damper on growth in the country, a key driver of the world economy.

Protracted drops in PPI are a bad sign for industrial prospects and economic growth because they put off customers — who seek to delay purchases in anticipation of cheaper deals in the future — starving companies of business and funds.

This article has been posted by a News Hour Correspondent. For queries, please contact through in[email protected]
No Comments