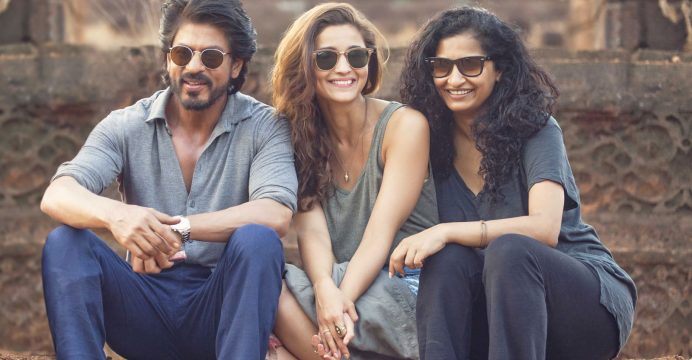 One time visit is OK for the top stars acting out a therapist patient sitting. Just having top and talented stars does not end the problem while making a film. Rather the problem starts if we do not have a tight and credible script with dialogue which is in sync with the characters. Most importantly the story and issues raised in the film need to be relatable to common audiences if it is a feature film for the mainstream audiences. This apparently has not happened here and director Gauri Shinde seems to have slipped up.

It is really surprising that the director of a superbly made “English Vinglish” can have a big disconnect with average audiences of today with this film.The so called multiplex audiences specially the younger crowd are likely to enjoy the charming utterances of the glamorous stars. No doubt individual scenes are shot well but as a connected whole there are some shortcomings. There are many “WTF is happening ” moments in the film which add to the existing confusion as the narrative progresses.. There is a total bewildered Alia who plays a talented cinematographer and who appears to be a mixed up kid not clear what she wants She has some proposals from Kunal Kapoor, Ali Zafar, a boy selected by parents and also Aditya Roy Kapoor but nothing is working out.
Then you have a psychologist or psychiatrist (without a couch) who says the most inane things in the most philosophical manner like ” all broken things can be joined”,” Don’t let the past blackmail your present and ruin your future ” and “We have a special rishta with different people” or words to that effect. From her mood swings and depressive behaviour of Alia it was never clear to me whether she has bipolar disorder or OCD or both. In any case she is withdrawn and a bundle of nerves most of the time. It is beyond comprehension how two highly talented artists and the director could ever imagine that such scenes would end up as an impressive whole. Armchair discussions on mental health or domestic problems of the confused urban women need to be presented with a certain amount of skill not just in your face. Then such subjects need to be shown with a certain amount of flair and panache for the average Sunday audience out for some entertainment. I still have not understood ( probably along with many others) how playing kabaddi with waves on the seashore could be a part of the therapy to understand mental problems
The saving grace of this film is Alia Bhatt who shines in the various nuances of the character she portrays. Her much appreciated scene of outburst in the concluding scenes has flashes of a similar scene in “Highway”. As the psychologist of sorts (dimag ka doctor ) SRK is on unfamiliar territory in trying to solve problems as the mentor/ therapist or whatever. I had a feeling he is miscast in the role given his present image. The movie will definitely bring audiences to the theatre due to the star power but what the average film goers say during and after the film is another matter. Critics and young multiplex audiences will like this movie