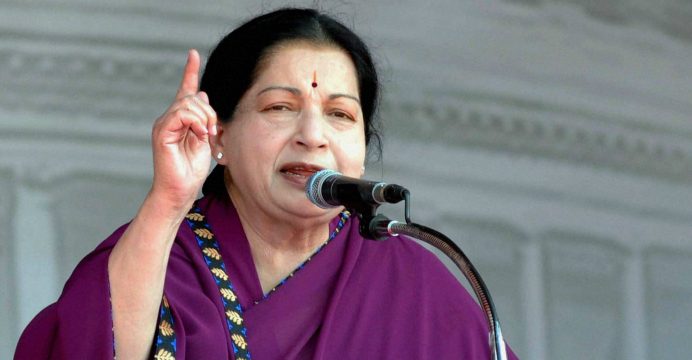 One of India’s most influential and colourful politicians, Jayalalithaa Jayaram, has died at 68. The chief minister of Tamil Nadu state suffered a heart attack on Sunday night and died at 23:30 local time (18:00 GMT) on Monday, Chennai’s Apollo Hospital said.

Thousands of her supporters had gathered to pray for her recovery. Extra police have been deployed in the southern state amid fears of unrest among her supporters, reports BBC.

The former film star served as Tamil Nadu chief minister four times. She had been receiving treatment for months. Jayalalitha is revered by many but seen by her critics as having created a cult of personality over the years. 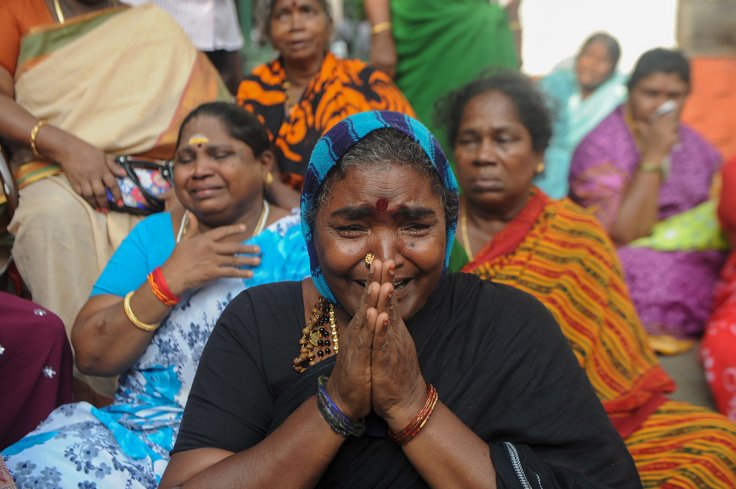 There are fears her death could spark unrest given the extreme devotion she inspires among her supporters, many of whom refer to her as “Amma” (mother).

Earlier reports of her death, which were swiftly withdrawn, prompted scuffles between police and her supporters outside the private hospital.

Tributes began to pour in for Jayalalitha as soon as her death was confirmed by Apollo, which had been treating her since 22 September.

Jayalalitha’s party AIADMK – which had earlier lowered the flag to half-mast before hoisting it up once more – also confirmed she had died, tweeting “our beloved leader, the Iron lady of India… Amma, is no more”.

Hundreds of people had lined the streets leading out of the hospital, despite it being long past midnight, to catch a last glimpse of the woman they called “Amma”.

As the ambulance carrying her body emerged from the main gate, a cry went up as supporters jostled forward to try and get close to the vehicle – almost breaking the police line in the process. Many of them were wailing.

Her successor as chief minister, the entire cabinet, top officials and others followed. One woman sat on the ground, distraught, her cheeks streaked with tears.

Now the action has moved to Poes Garden, the neighbourhood which has been Jayalalitha’s home for the past several decades. The streets have been barricaded as people throng the narrow lanes for an all-night vigil.

A senior AIADMK politician, O Panneerselvam, was sworn in as chief of Tamil Nadu within hours of her death, the party’s Twitter account confirmed. Prime Minister Narendra Modi was among the first to offer his condolences.

“I will always cherish the innumerable occasions when I had the opportunity to interact with Jayalalithaa ji (honorific). May her soul rest in peace,” he tweeted.

Khushboo Sundar, film actress and Congress party spokesperson, told the BBC: “It’s very painful for me. Despite our political differences, I had respected her. We were hoping against hope, none of us wanted her to lose this battle.

“She was a symbol of strength for women like me. She fought against so many odds to make a name for herself in a male-dominated profession like politics. We have a lost a great politician, and a great champion of women’s rights.”

Jayalalitha lived a dramatic life, both on screen and off. She appeared in more than 100 films before turning her hand to politics in the early 1980s.

Jayalalitha later won control of the AIADMK from its late founder’s wife, before leading it to victory in 1991, the first of four occasions she would do so. She was accused of corruption on several occasions, and spent two short spells in prison – most recently in 2014.

But a Karnataka high court order in 2015, which cleared her of involvement in a corruption scandal, paved the way for her return to power.

Jayalalitha’s admirers remain unbowed in their admiration for her and argue she has played a key role in the development of Tamil Nadu as one of India’s most economically influential states.