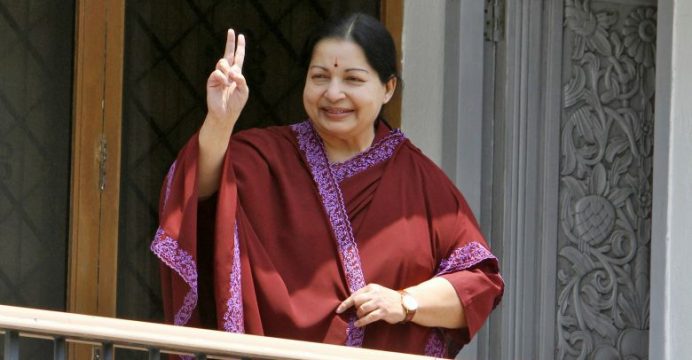 The ailing chief minister of southern India’s Tamil Nadu state, Jayalalithaa Jayaram, on Sunday suffered a cardiac arrest only days after she handed many of her responsibilities to a deputy because of illness.

“CM (Jayaram), who is undergoing treatment at Apollo Hospitals, suffered a cardiac arrest this evening,” doctor Subbaiah Viswanathan from the hospital said in a statement to the Press Trust of India news agency.

“She is being treated and monitored by a team of experts, including cardiologists, pulmonologist and critical care specialists,” the statement added.

The hugely popular chief minister of Tamil Nadu, a former movie star, was admitted to hospital on September 22 suffering from fever and dehydration and is on respiratory support, reports BSS.

Authorities have said little about the state of the 68-year-old’s health after several of her supporters resorted to self-harm when she was briefly jailed in 2014 on charges of corruption.

Charismatic Jayalalithaa enjoys huge popularity in Tamil Nadu, where fans know her simply as “Amma” (Mother) thanks to a series of highly populist schemes and election-time freebies including electric blenders, goats and small amounts of gold.

Over the last few weeks, her fans and ardent supporters have resorted to extreme steps while praying for her good health and speedy recovery.

Some have performed sacrifices to try to change her fate. Recent images in the local media at the time showed scores of children with metal arrows piercing their cheeks holding her pictures as they prayed for her recovery.

Soon after reports of her cardiac arrest, local news channels showed images of her supporters, particularly women, crying publicly and gathering in their hundreds outside the hospital for an update on her health.

The minister’s latest medical setback comes only days after her team of doctors and senior leaders from her regional party talked about her recovery and return to active political duties in the next few days.